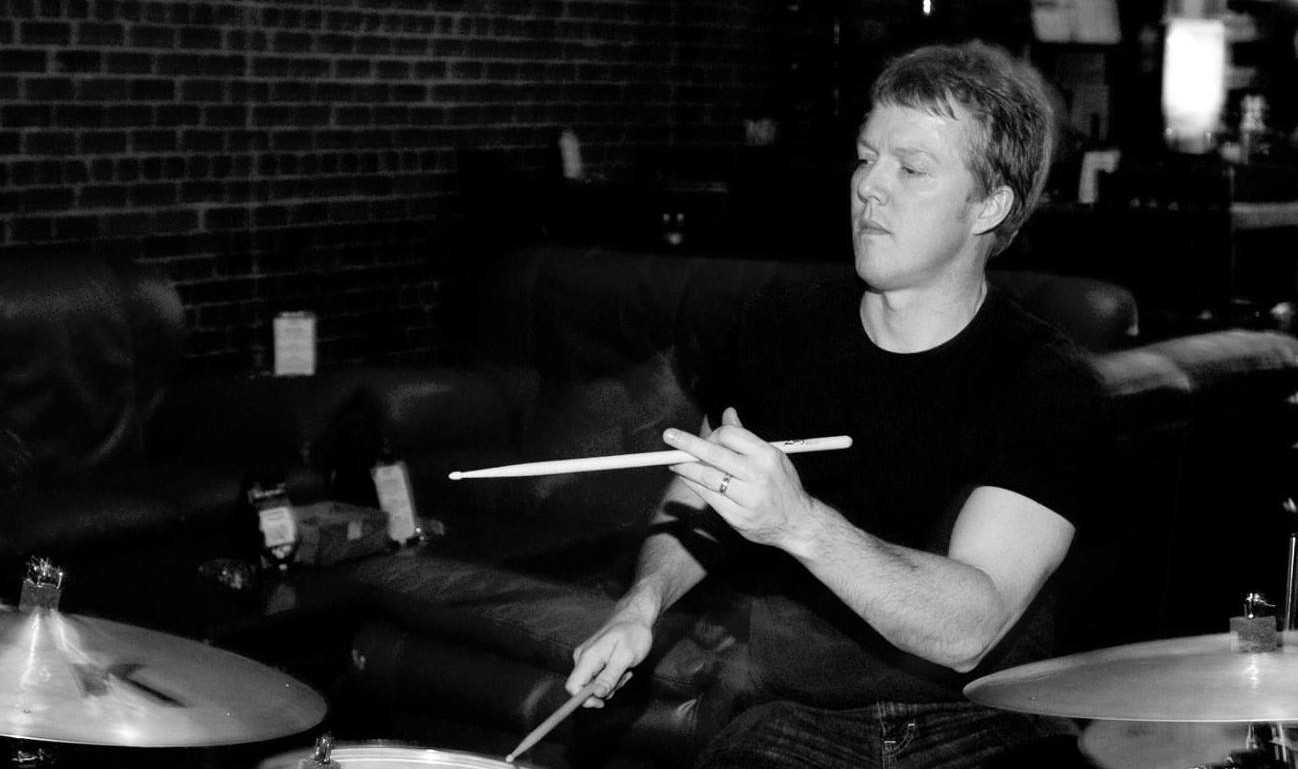 My playing career began in the smallest of towns in South Carolina’s Pee Dee region, Floydale.
Watching my first parade in Latta, SC, at the age of 10, I knew I would be a drummer for the rest of my life. I had no idea where this pursuit would take me, but seeing that marching drum line was a message from my future that I couldn’t ignore. I threw myself into drumming, specifically marching percussion at Latta High School (Go, Vikings!). I would eventually become the first Percussion Captain for the Drum & Bugle Corps Carolina Crown in 1990, as well as marching all four years of my undergraduate career with the WAD SQUAD at the University of South Carolina (1987 ‘ ’92, bachelor’s degree in English).

I’ve been all over this country, touring with a nationally signed rock band, Treadmill Trackstar (treadmilltrackstar.com), in the 90s. The day-to-day lessons I learned being on the road, as well as the experience of working with world class producers and engineers were eye opening. During that time, I also reached the pinnacle of professional drumming: I HAD A DRUM TECH! Ahh, those were the days!

I started playing jazz in Columbia in 2000. I have played with several local jazz artists since then and have held a weekly gig at Speakeasy in Five Points for the past several years with my band, the Tony Lee Group (facebook.com/TonyLeeGroup).

I’ve been fortunate to study with some of the most talented, inspiring teachers in the country (Joe Morello, John Riley, Rick Dior, Jim Hall), but most importantly, I’ve seen the sheer joy in a student’s eyes when they see me do something that he/she can’t wait to learn. I know that excitement from the other side of the teacher/student relationship very well, and I try to honor it, encourage it, and deserve it.

I own and operate Freeway Music in Forest Acres. It is my life’s work and I couldn’t be happier.