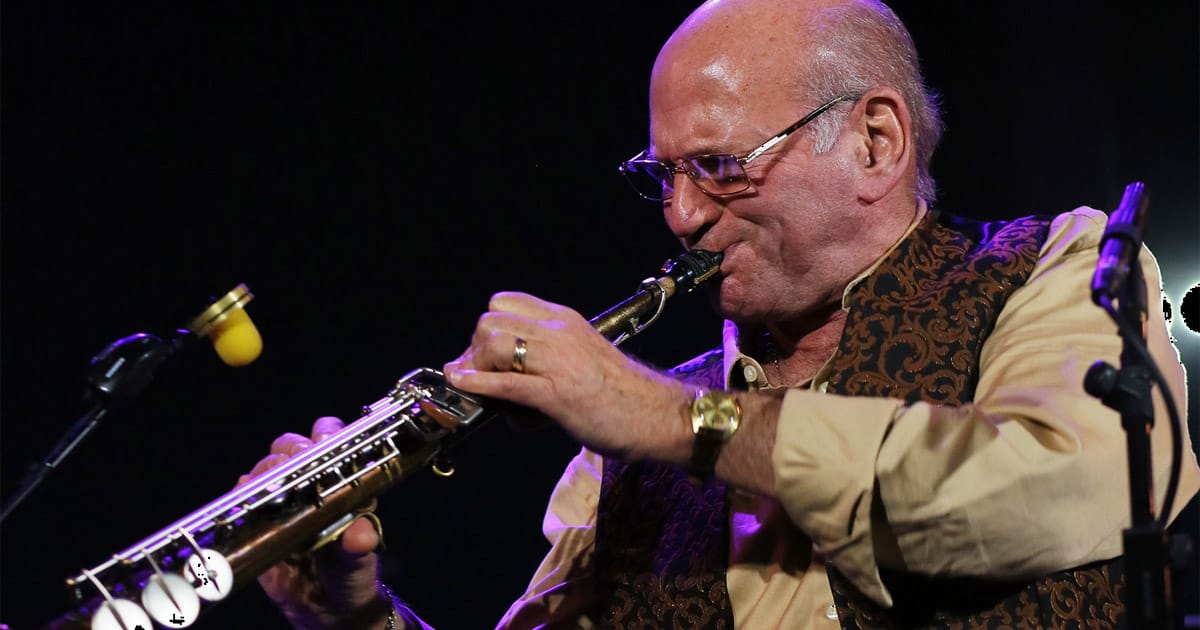 David Liebman, a National Endowment for the Arts Jazz Masters Lifetime Achievement Award recipient and saxophone legend, has been announced as the Master Clinician for the USC ColaJazz Camp taking place on July 13-15, 2018. Liebman gained worldwide notoriety playing with Miles Davis. With a career stretching nearly fifty years, Liebman has played with masters including Elvin Jones, Chick Corea, John McLaughlin, McCoy Tyner and others; authored books and instructional DVDs which are acknowledged as classics in the jazz field; recorded as a leader in styles ranging from classical to rock to free jazz. He has performed on over 500 recordings with over 200 as a leader/co-leader featuring several hundred original compositions.

Ben Ratliff of the NY Times writes of Liebman, “While others of his ‘60s generation have fallen off their ambition, Liebman has remained dogged about composition and trying different styles…he’s a fighter.”

In jazz education, he is a renowned lecturer and author of several milestone books: Self Portrait Of A Jazz Artist, A Chromatic Approach To Jazz Harmony And Melody,  Developing A Personal Saxophone Sound (translated into multiple languages), in addition to teaching DVDs, journalistic contributions to periodicals and published chamber music.   Lieb is the Founder and Artistic Director of the International Association of Schools of Jazz (IASJ) existing since 1989, which is a worldwide network of schools from nearly 40 countries. Liebman’s awards, besides the NEA honor include the Jazz Educators Network (JEN) Legends of Jazz (2013); the Order of Arts and Letters (France 2009); Jazz Journalist’s award for Soprano Saxophone (2007); Grammy nomination for Best Jazz Solo (1998); Honorary Doctorate from the Sibelius Academy (Finland-1997).  He is currently teaching at the Manhattan School of Music and a guest lecturer at Berklee College of Music. Dave has consistently placed in the top positions for Soprano Saxophone in the Downbeat, Jazz Times and JazzEd polls since 1973.

David Liebman is not only a legend in his own time, a celebrated jazz educator, but without argument, one of the most important figures in jazz alongside the likes of John Coltrane and Charlie Parker.

This is the second annual USC ColaJazz Camp. In 2017, GRAMMY-award winner Delfeayo Marsalis was their master clinician and they had 48 registrants ranging in age from 12 to 85 of all levels and instruments and of all demographics (white, black, male, female, young, old, etc.).

ColaJazz founder Mark Rapp says, “It was a life changing experience for some of our campers. There were tears of joy and appreciation after the grand finale concert. I was extremely moved throughout the entire weekend watching such diversity work together and making music. From the advanced students studying complex chord changes to beginners learning the blues scale, everyone was benefitting from the camp and having a blast.”

The USC ColaJazz Camp will be held at the University of South Carolina School of Music. Camp instructors include acclaimed jazz educators, recording artists, and touring musicians. Players and teachers of all levels and ages are welcome to attend.

In addition to David Liebman, USC ColaJazz Camp also features Bert Ligon, Director of Jazz Studies at the University of South Carolina. Ligon earned his Bachelor of Music and his Master of Music in jazz piano performance and arranging from the University of North Texas. Ligon has published several books including, Jazz Theory Resources Vol. 1 & 2, Connecting Chords with Linear Harmony, and Comprehensive Technique for the Jazz Musician.

Students can register now for the USC ColaJazz Camp online at https://colajazz.com.
Early registration is $200 and ends June 25th.
After that, registration will be $240.

From @lutherbattiste⁠ ⁠ I am hosting WORLD CLA