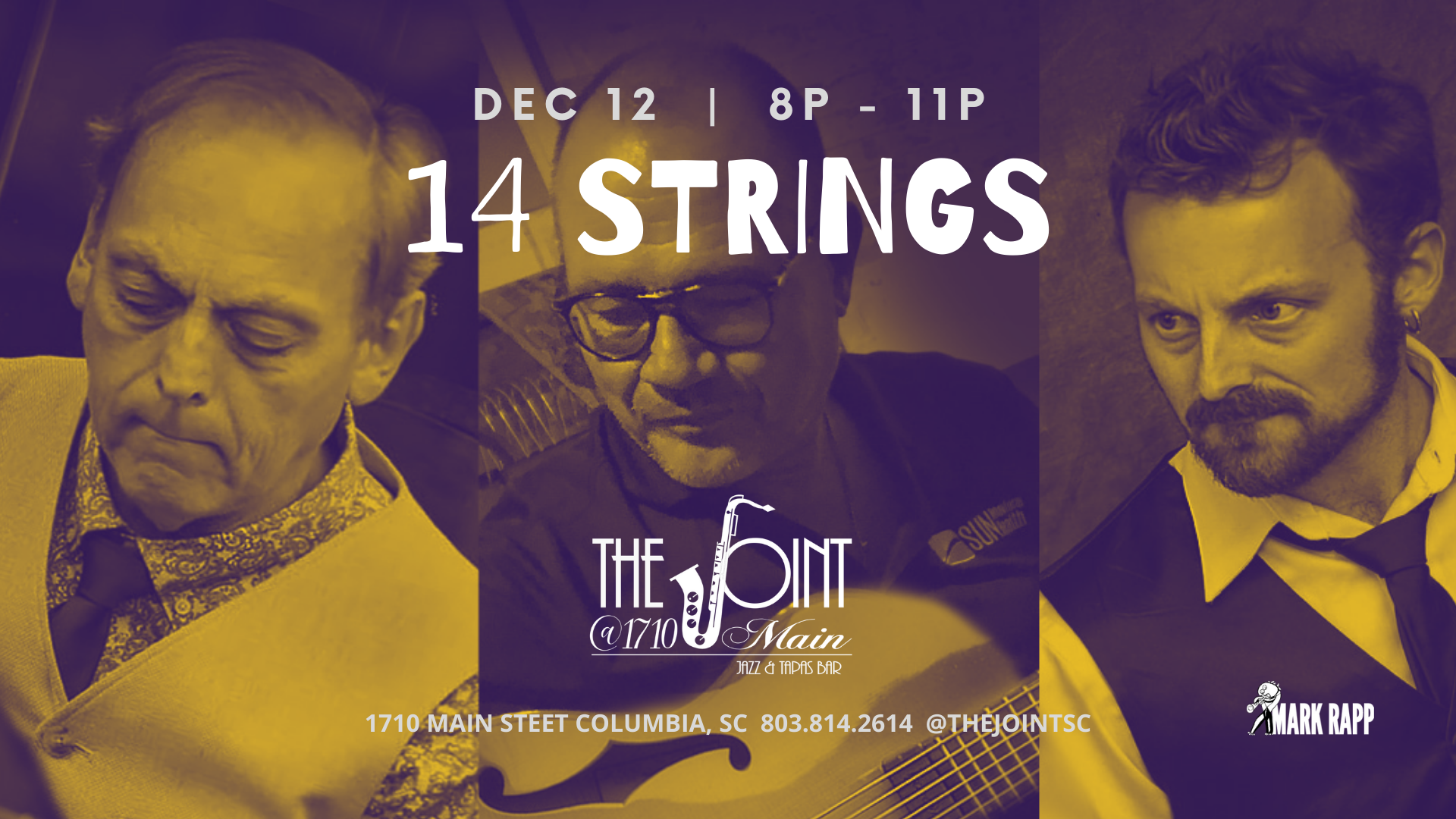 14 Strings at the Joint

Come see the 14 STRINGS (and the bottle) official Columbia debut at The Joint, this Saturday night, December 12th, 8pm – 11pm.

It is that seventh string which allows these exceptional players to play walking bass lines while simultaneously playing complex jazz chord patterns and melody lines. It is amazing to behold, as they play with special guest players, whose magical spirits are affectionately dubbed “the bottle.” Appearing on drums this Saturday night is Columbia’s extraordinary brush drummer from the Flat Out Strangers, Mr. Justin Sims.

Jerry Sims is well–known nationally for his seven–string work and performances with the late jazz great Bucky Pizzarelli, the godfather of the seven–string guitar. Hungarian born Sasha Strunjas, is also a gifted seven–string jazz guitarist, having played extensively in Europe, and more recently in Nashville, and of whom it can be said, “If it has strings, Sasha can slay it.” Both Jerry and Sasha are also lead guitarists for South Carolina’s celebrated hot swing jazz tour d’ force, the FLAT OUT STRANGERS, and gypsy jazz ensemble, HOT CLUB NOIR.
.
.
.
Brought to you by:
MARK RAPP
GEORGE FULTON
THE JOINT SC