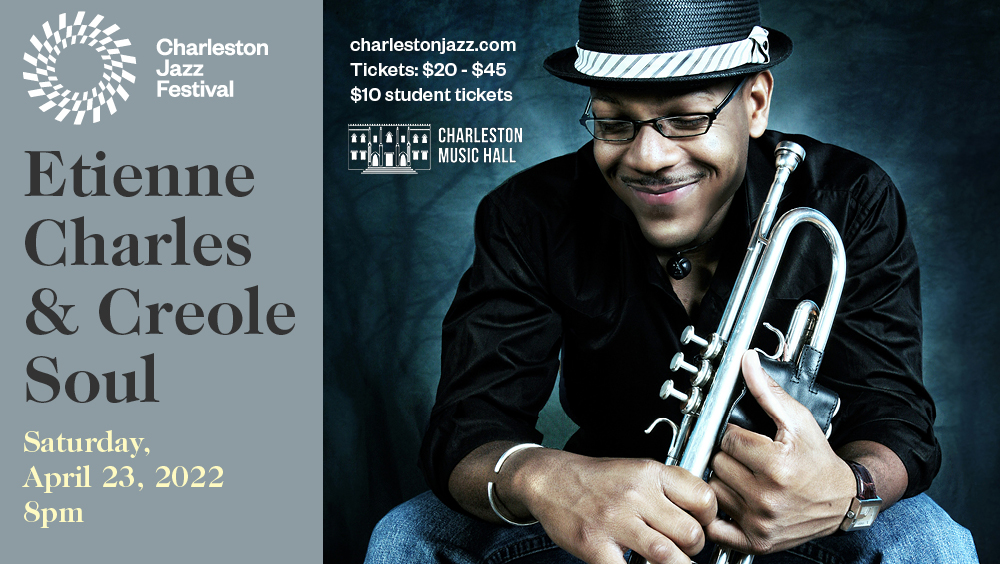 During Carnival, the island of Trinidad becomes engulfed in a cacophony of sounds – from singing, to the clash of stick fights, and lively calypso music with its hallmark steel pan cadences. As a Trinidadian raised in a musical family, trumpeter Etienne Charles feels a deep connection to the Carnival traditions. At a young age he joined his father’s steel band, performing at Carnival fetes, and immersing himself in the folklore. Through Etienne’s Guggenheim Fellowship Award, he returns to his roots to celebrate the traditions that best exemplify Trinidadian culture. Inspired by the noises heard throughout the festivities, Etienne’s Carnival: The Sound of a People brings the celebrations to the stage.

Hailed by The New York Times as “an auteur” and by JazzTimes as “A daring improviser who delivers with heart wrenching lyricism,” NPR’s All Things Considered calls Etienne, “a great young trumpeter…his records filter calypso, reggae and other Afro-Caribbean music into a modern jazz conception.” Critics and audiences alike continue to praise the Trinidadian’s exciting performances, thrilling compositions, and his charismatic onstage presence. Etienne is a Guggenheim Fellow in the Creative Arts, an Associate Professor of Studio Music and Jazz at the Frost School of Music at the University of Miami, and has been written in to US Congressional Record for his musical contributions to Trinidad & Tobago and the World.

Join us for the 2022 Charleston Jazz Festival featuring Etienne Charles & Creole Soul on April 23, 2022 at the Charleston Music Hall.