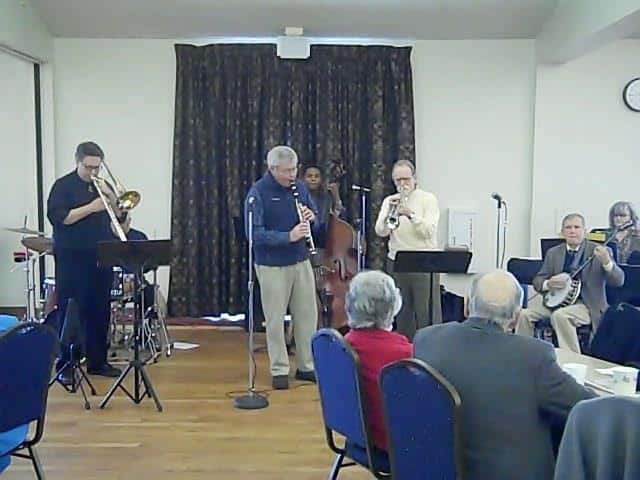 Steve Griggs will bring his tuba down from North Carolina (actually, it may not be a tuba. There are several variants in this low brass family and Steve has a Helicon made in 1918 and other low brass instruments). But whichever instrument he brings, Steve will add a flavor from the earliest days of jazz – the days of street parades (string bass just doesn’t work well in parades).

Tubas played a big part in the large concert halls in the early days of New Orleans also. They could fill dance halls with sound in those days before amplification. And they always added a touch of exuberance to any band.

You’ll get to sample that sound for yourself at our concert and I think you will like the difference. Plus, Steve’s visit will bring back memories for long time club members. Steve was a frequent guest with our guys when he lived in the midlands.