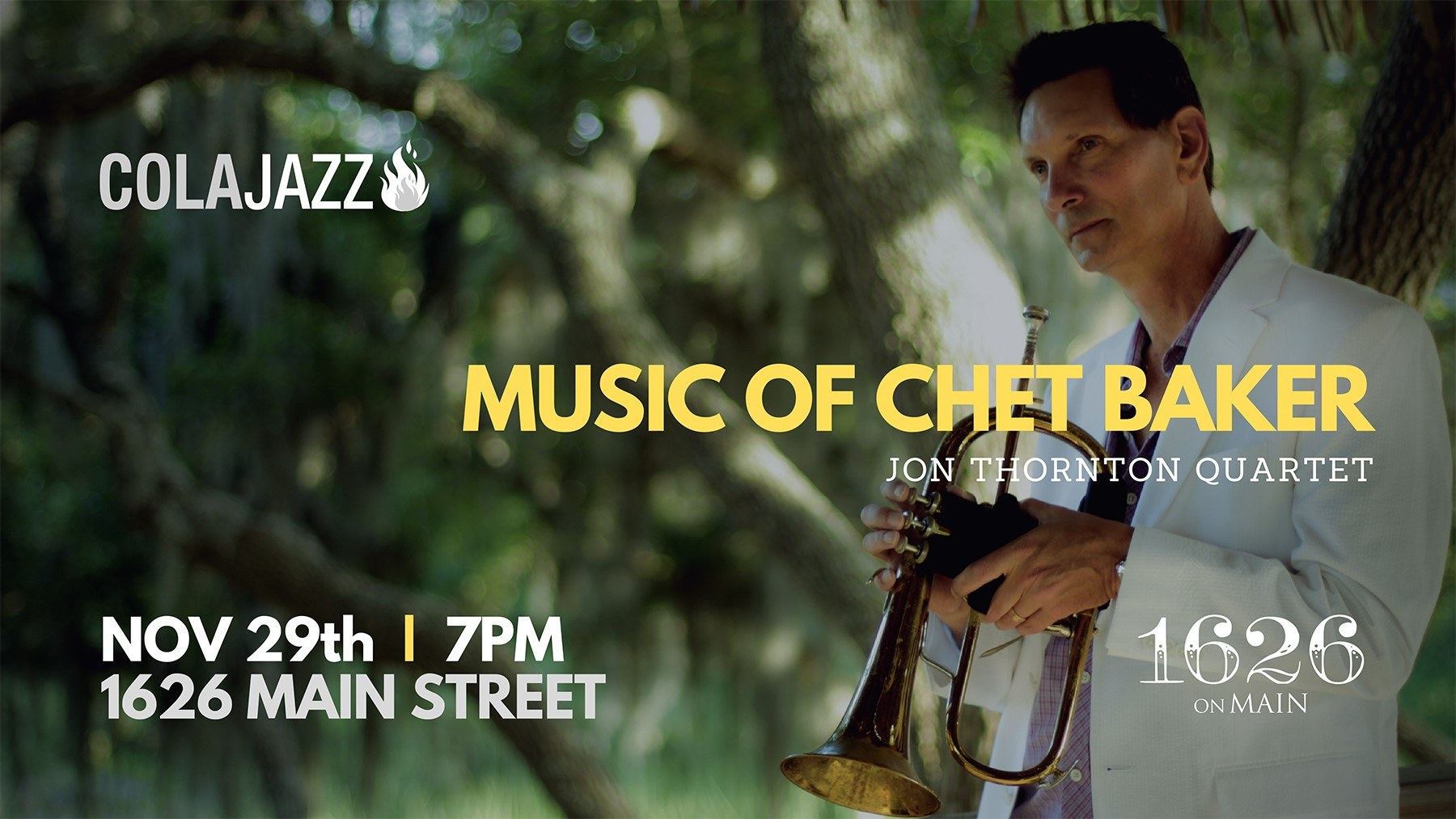 Chet Baker was one of the most famous and legendary jazz trumpeters and singers in jazz. Expect to hear some of the best from the Great American jazz songbook with a cool jazz vibe!

The performance with the Jon Thornton Quartet will highlight the music of Chet Baker in the period after 1956 when he released his recording “It Could Happen To You” which featured Baker on vocals for the first time. The quartet will be playing standards from the Great American Songbook and from Baker’s most famous recordings.

The quartet will feature Jon Thornton on trumpet and flugelhorn, John Valerio on piano, Danny Boozer on drums and Sam Edwards on bass.

—
ABOUT JON THORNTON
—
Jon Thornton has had a musical career spanning over four decades performing with some of the worlds best and most recognized musicians and performers. From studio recordings to live performances, Jon is one of the most sought after and recorded musicians in the United States.

Studio Recording
Jon can be found on over 50 recordings by pop and jazz artists and over 500 recordings for karaoke backing tracks. His first notable recording was with legendary singer Brook Benton at the age of 18. To date he has produced 3 records and been a part of 3 Grammy nominated records, one of which culminating in a Grammy for R&B recording artist Anthony Hamilton. He has also been featured on 2 PBS documentary films.