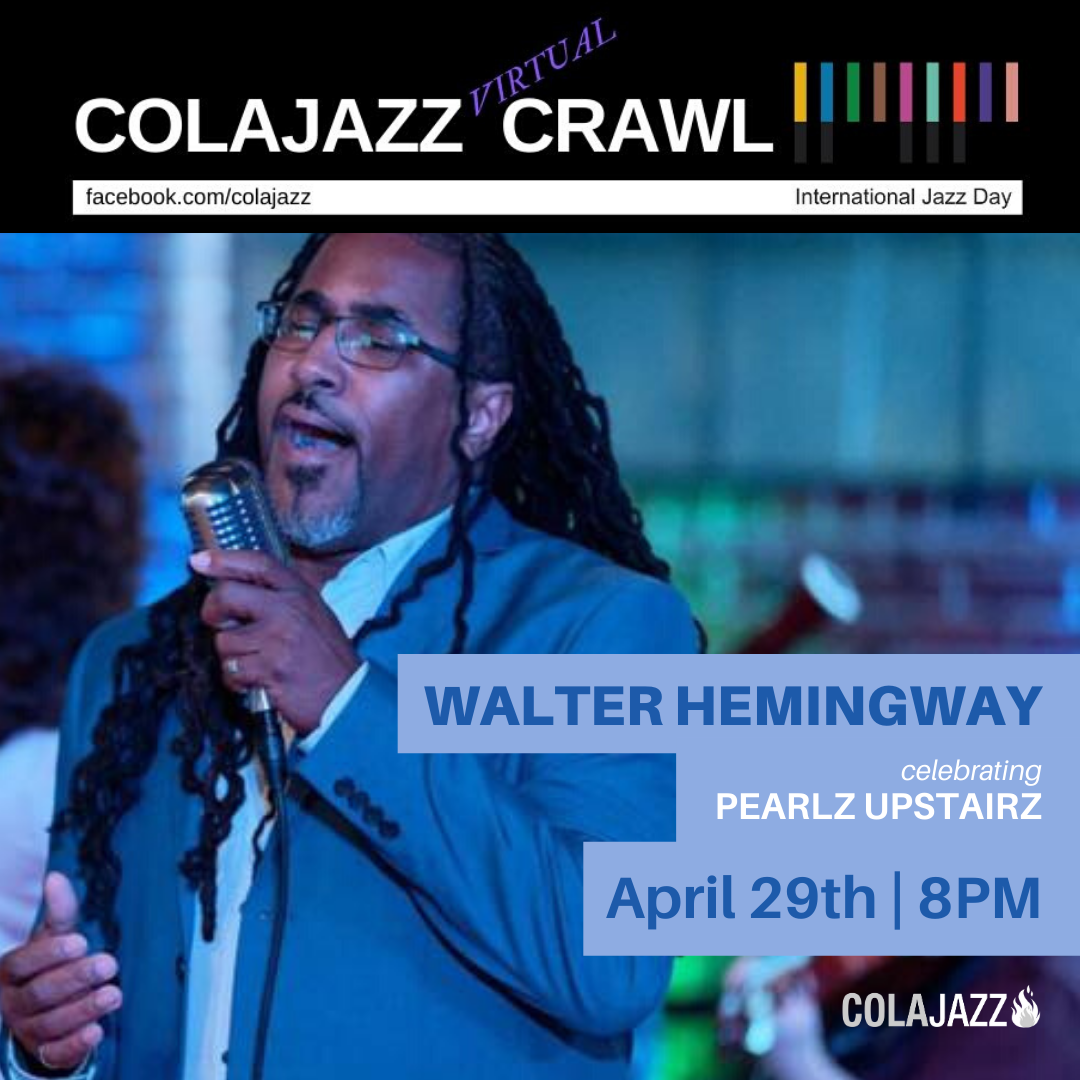 In this, the last week of Jazz Appreciation Month, we celebrate our 8th concert of the series with the great vocalist Walter S. Hemingway. His band, affectionately dubbed “Walt S. Hemingway and The Contusions”, will present some great jazz standards you’re sure to enjoy.

Watch this concert and see our archives at: https://youtube.com/c/colajazz

Walt has been playing music since the age of 6 when he was handed a trumpet 30 minutes before marching and playing “Jingle Bells” in the Georgetown Christmas parade, after a trumpet player bowed out at the last minute. Walt composed his first tune at 9 years of age and played piano, guitar, clarinet, drums and percussion from the 8th grade through his senior year in high school. He attended the University of South Carolina as a clarinet major for his first semester, then switched to Jazz and Commercial Music Vocals, and then finally majored in Composition and Theory where he found the most joy and satisfaction.

After college, Walter joined local R&B band Distance, who won the National Budweiser Showdown Competition and traveled to New York to record at the world-renowned Power Plant Recording Studio. Soon after leaving Distance, Walt joined The Root Doctors, with whom he has been performing and recording for the past 20 years.

Walter has learned to play alto, tenor and soprano saxophones, clarinet, violin, trumpet, guitar, piano and keyboards; though his biggest passion is music arrangement and composition.

“The instrument that has been the most challenging and that I have put the most time into learning has been my voice…out of necessity more than anything else. I tried to give the job of Lead Vocalist of the Root Doctors to one of my best friends initially.”

Walter has recently started another band called “Curve,” of which he is the leader and co-lead vocalist.

Walter has been teaching vocal lessons professionally for more than 25 years. He relies not only on his professor’s instruction during his USC Music College years of vocal studies, but also on his personal experience in and outside of recording studios, live “on stage,” and even with dietary knowledge gained over time through struggles with allergies and other sinus issues.

“Through my vocal exercises and food choices, I have managed to increase my range by an octave and a half over the last ten years and improved my live performance endurance significantly!”