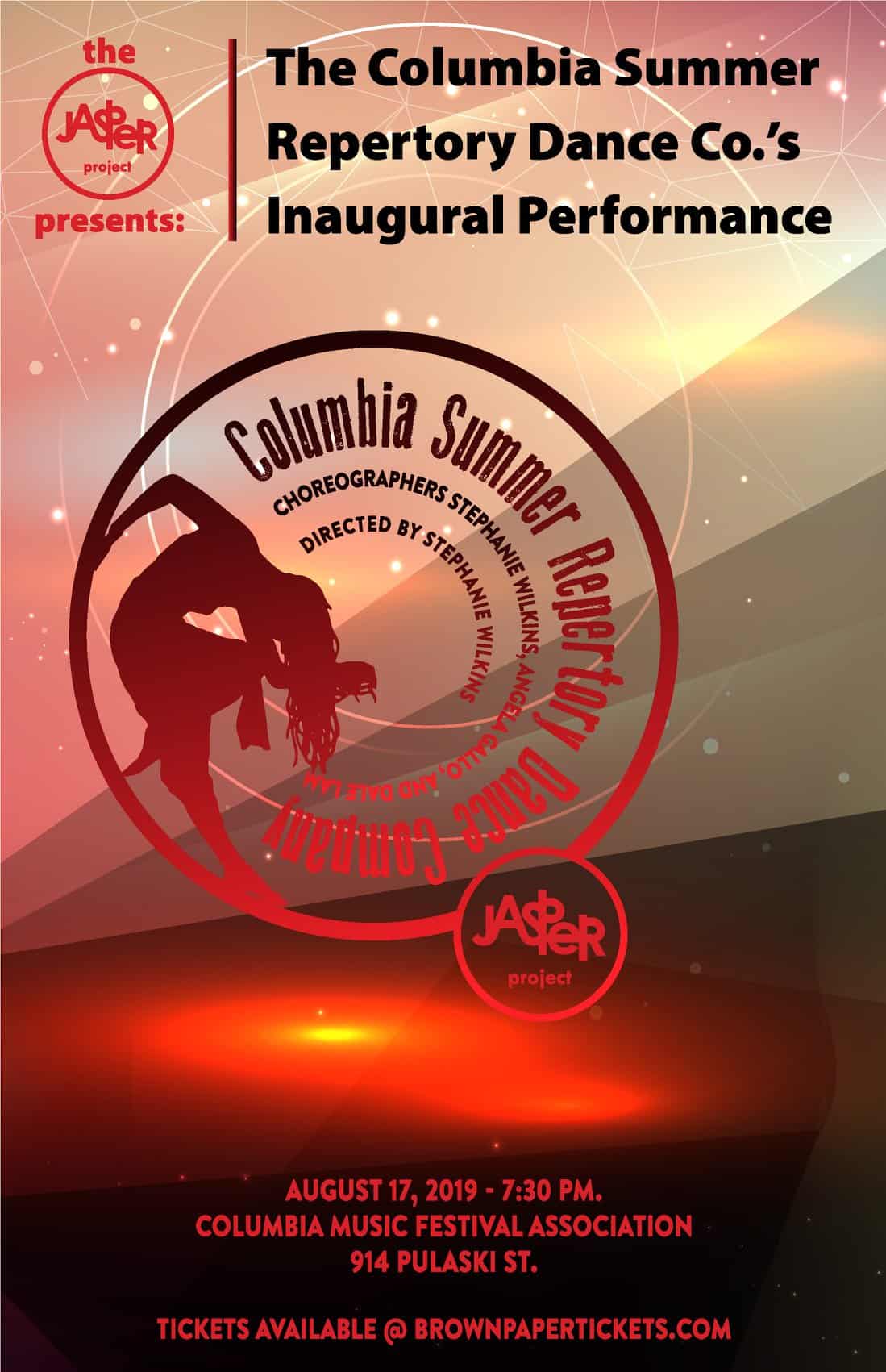 The first performance of the Columbia Summer Rep Dance Co., brought to you by The Jasper Project

Directed & choreographed by Stephanie Wilkins – performed by some of Columbia’s favorite professional dancers, the Jasper Project is happy to present the inaugural performance of the Columbia Summer Rep Dance Company.

Tickets are $25 in advance via Brown Paper Tickets and $30 at the door and include include wine, beer and light appetizers. Doors open at 7 PM and the performance begins at 7:30 PM.

The Summer Rep Dance Company is directed by Stephanie Wilkins with the Jasper Project serving as the fiscal agent. The performance is supported by Trustus Theatre and CMFA.

Tickets are on sale now at BrownPaperTickets.com
https://m.bpt.me/event/4308123