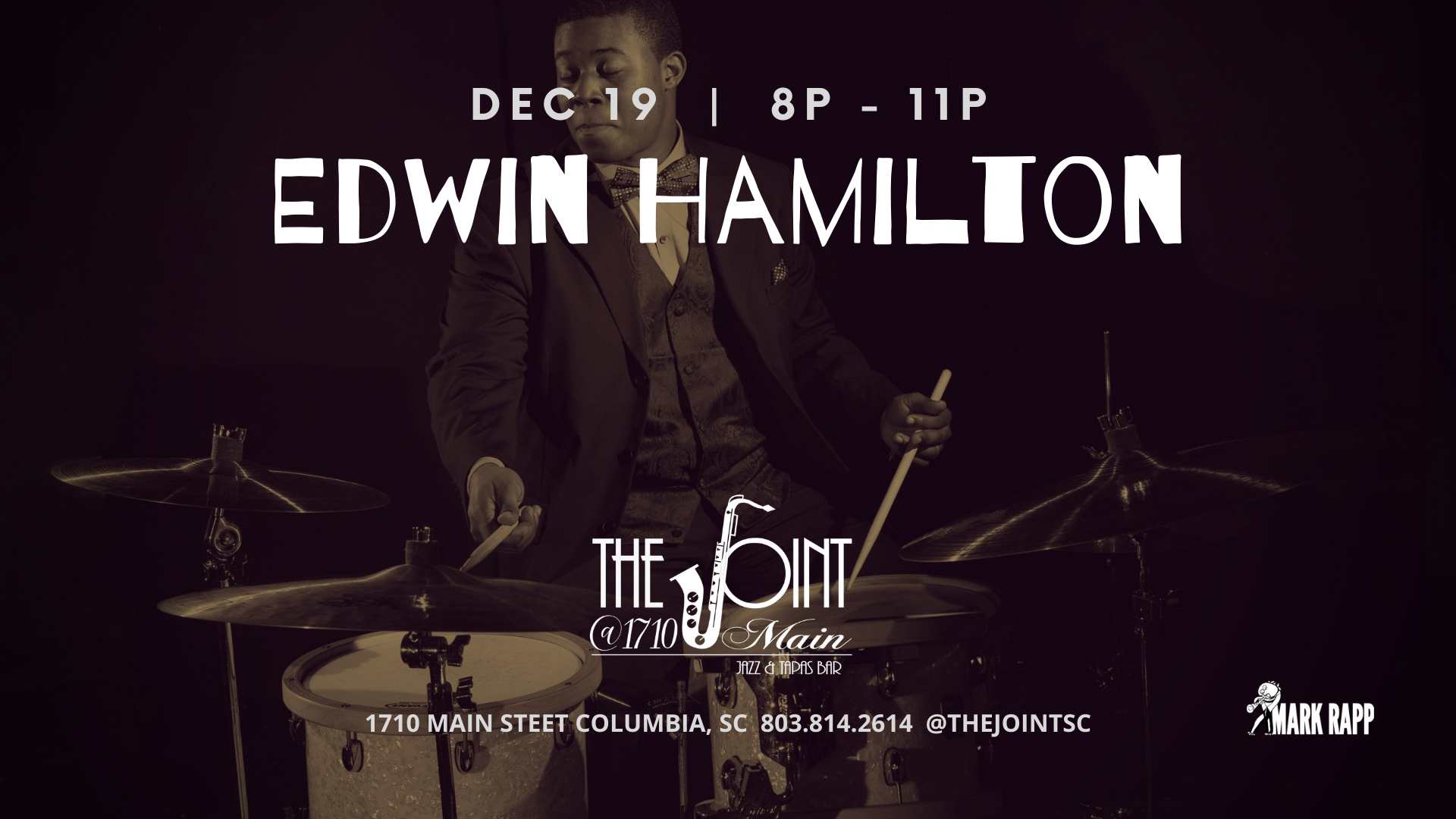 Edwin Eddybeat Hamilton is professional musician, recording artist, and educator. As a multi-instrumentalist and vocalist, his dedication to the art of music is inspiring. Edwin earned a Jazz Fellowship to study with Herlin Riley in New Orleans, Louisiana. He has toured both nationally and internationally with various artists. Edwin has performed, recorded and/or worked with notable names such as: Teddy Adams, Explorer’s Club, Chris Crenshaw, Michael Dease, Calvin Edwards, Delbert Felix, Mike Frost, Aaron Goldberg, Wycliffe Gordon, Niki Haris, Amos Hoffman, Enrique Hernandez, Charmaine Neville, Delfeayo Marsalis, Wynton Marsalis, Shannon Powell, Marcus Printup, Vinny Raniola, Eric Reed, Herlin Riley, Christian Sands, Tye Tribbet, Donald Vega, Frank Vignola, Christian Winther, Ben Wolfe and many more. In August of 2015, he released his debut album, The Whole World Must Change. The record has received rave reviews in All About Jazz and Jazz Inside. Edwin’s talents, hard work and professionalism have made him one of the most sought after musicians in the Southeast. He serves as the Minister of Music at Greater Young Zion Baptist Church (Augusta, GA) where Dr. William B. Blount is the Senior Pastor. Edwin also teaches private lessons and is an active session musician. Last but not least, Edwin enjoys spending time with his family. He has a beautiful wife (Ajaree Hamilton) and three beautiful children (Abigail, EJ, and Ariah Hamilton).

Columbia, we are happy to announce that we are resuming evening service at The Joint @ 1710 Main Street.
We will be taking all sanitary precautions and enforcing social distancing.

Seating will be limited in order to meet the established spacing.
We will have live entertainment for your enjoyment and hope that you will join us!
Doors open at 5 PM.
Entertainment starts at 7 PM.
#supportlocal

Soulful, swinging, adventurous, fun and fulfilling – this is Saturday Night Jazz at The Joint at 1710 Main Street booked by Mark Rapp.