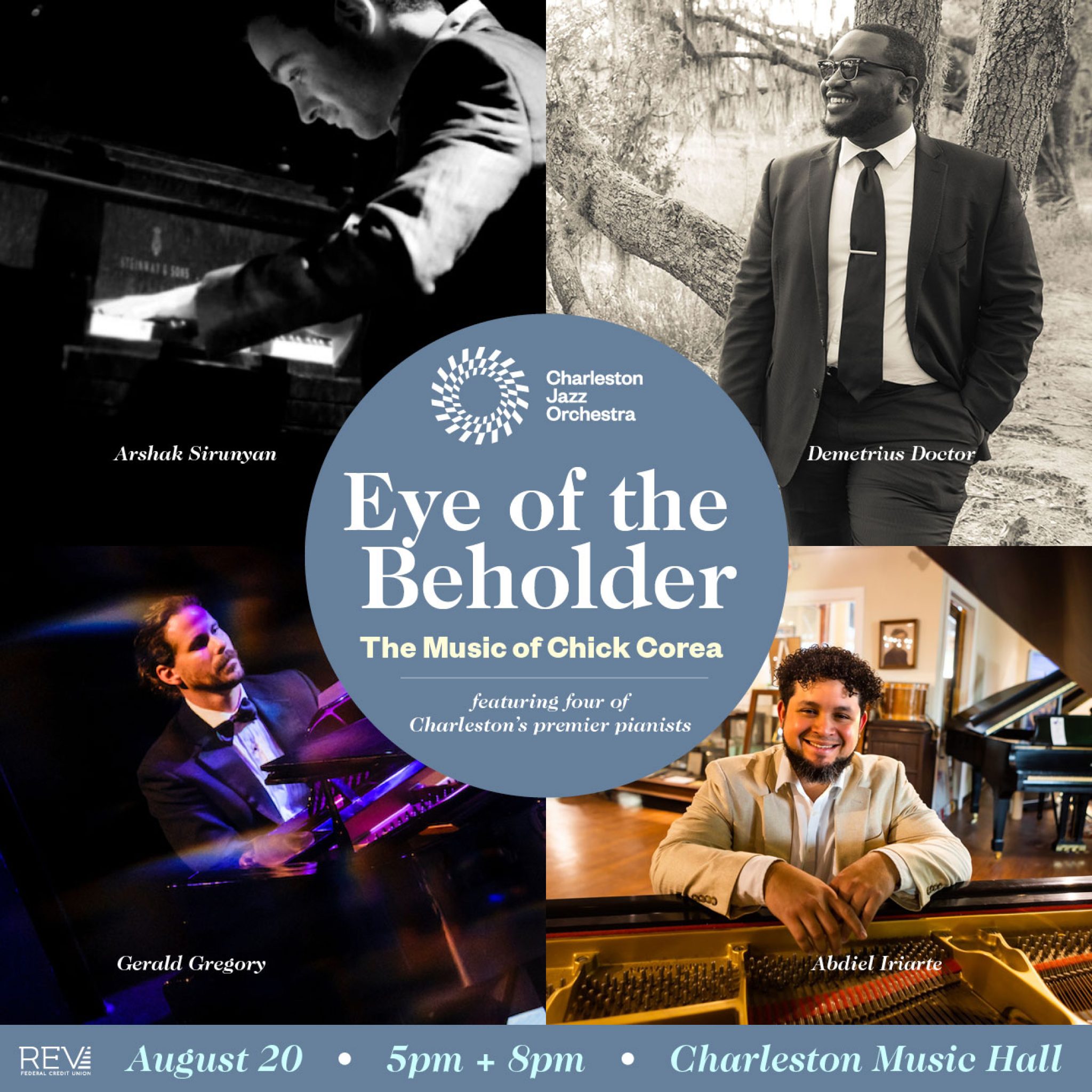 EYE OF THE BEHOLDER: The Music of Chick Corea

As a pianist of incomparable skill, Chick Corea broadened the scope of jazz during a career spanning more than five decades. With limitless range, Corea was an inventive composer-bandleader who never shied away from new ideas, exploring sounds ranging from fusion to classical. According to Corea, “Great art is made when the artist is free to try whatever techniques he wants, and combine things any way he wants.” On August 20, 2022, several prominent Charleston jazz pianists will have the freedom to create their own arrangements and perform them with your Charleston Jazz Orchestra, celebrating and honoring the music of Chick Corea.

Each pianist will be writing and/or bringing in special arrangements for this tribute to one of their musical heroes, Chick Corea.