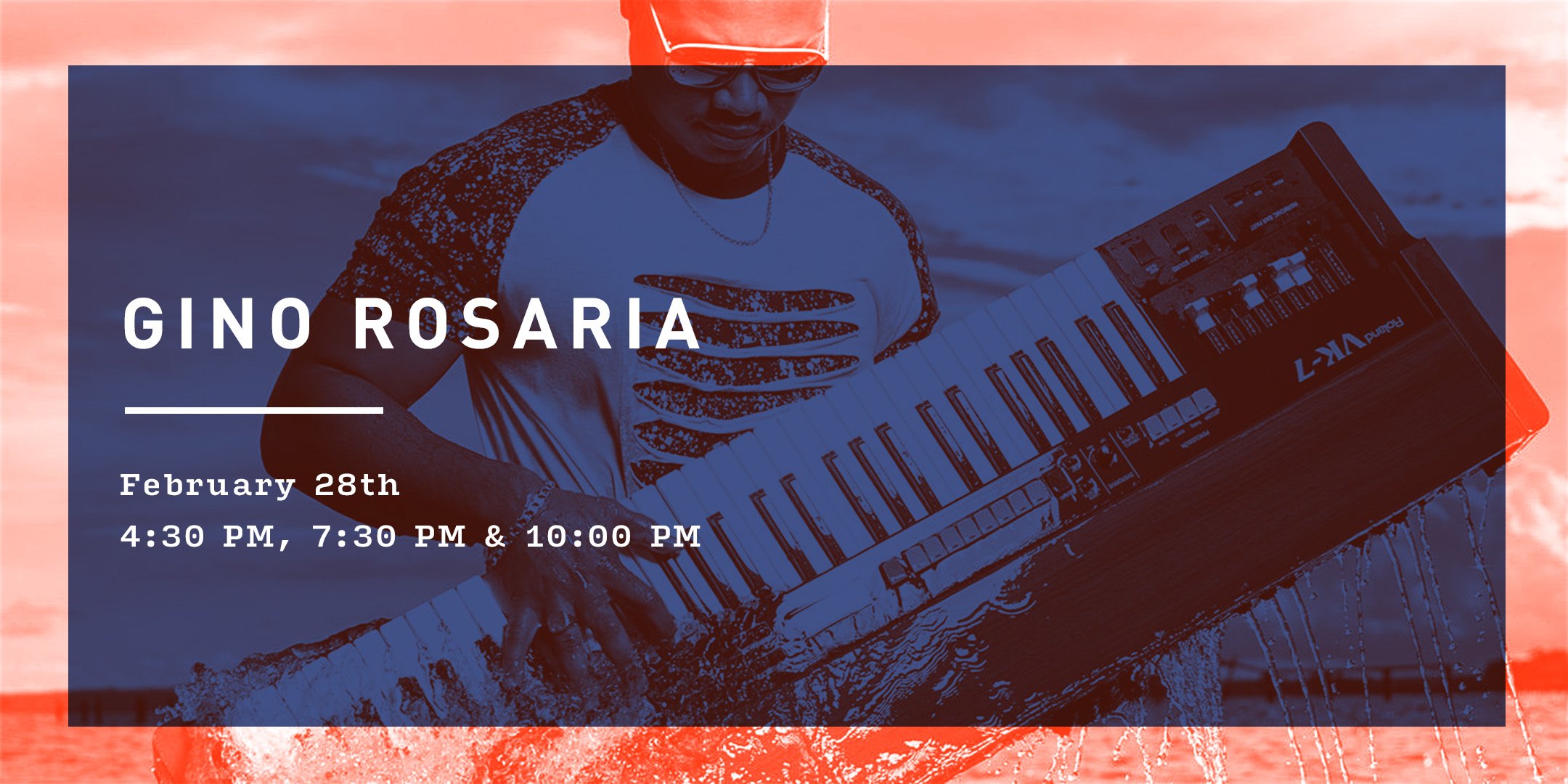 Gino Rosaria, born and raised in Curaçao, developed an interest in music at an early age. Growing up on a very culturally diverse island, Gino learned to speak four different languages fluently. The influence of the many cultures allowed him to learn and play many different kinds of music, which became a part of his identity. Later on he grew to enjoy Jazz, Latin, and Classical music the most. Gino started performing on a regular basis in his early teens.

Gino moved to the US in 2003 to study music under the world renowned Daisy De Luca Jaffe. In 2009, he graduated with a Master’s degree in Classical Music Performance. Gino then started taking private Jazz lessons with Jazz pianist David Shelander, who studied with Bill Evans. During his time in the US. Gino went on to win many competitions and appeared on national TV and radio stations performing solo, chamber, and with orchestra. Today Gino performs and does studio work on a regular basis with some of the best musicians around, including award winning artists such as violinist Karen Briggs, Jazz clarinet player Tim Laughlin, flutist Kim Scott, jazz guitarist Adam Hawley, and flutist Althea Rene.

In 2016, Gino started a new project called Groove Symphony where he released all original music inspired by his newborn Simon. In 2017 Gino’s Groove Symphony project won an award for Best Funk/Fusion EP from the Akademia in Los Angeles. Today Gino travels as an educator teaching master classes, as a producer producing music for clients all over the world, as a sideman/musical director for many national acts, and as a performing artist continuously writing and performing original music. Gino also holds an artist-in-residence position at a mega church in Pensacola FL.

Gino released his first contemporary jazz album in the summer of 2019. On that album he features several heavy hitters such as Marcus Anderson, Althea Rene, Elan Trotman, Adam Hawley, and more. His radio single “Night Groove” made it onto billboard within the first week! The single made it onto the top 30 on most of the contemporary jazz charts.

“My goals are to continue giving virtuoso piano performances in both Jazz and Classical music…” says Gino. His Curaçao roots are heard all over his music, and Gino is very proud of that.

8. Photography or recording of any kind is strictly prohibited. Smartphones are permitted.