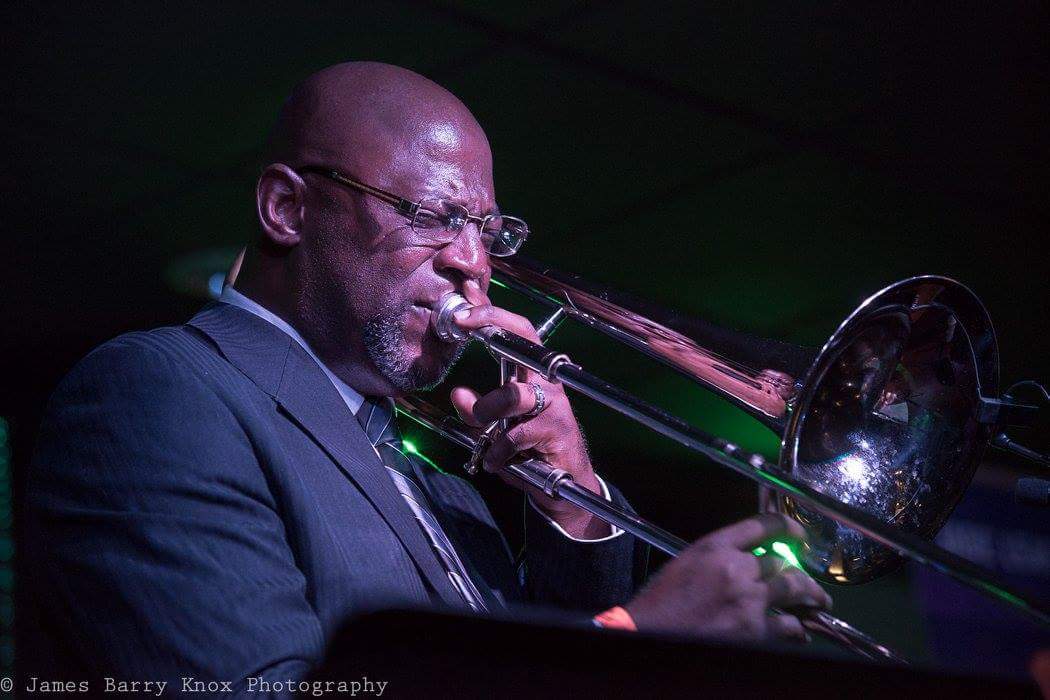 Mitch has been the trombonist and leader of a number of musical groups including the Nebulous Jazztet from 2001 to 2006, Modus Bone from 2010 to 2012, the CSU East Bay Faculty Jazztet, and currently the Mitch Butler Quartet.
In August of 2018, Butler was named Assistant Teaching Professor at the University of Missouri at Kansas City. He remains an active performing musician, clinician, composer, and arranger.

Performing with Mitch at 701 will be Phillip Whack, Reggie Sullivan, Amos Hoffman and Brendan Michael Bull!

Check out more about this amazing artist at:http://mitchbutlertrombone.com/