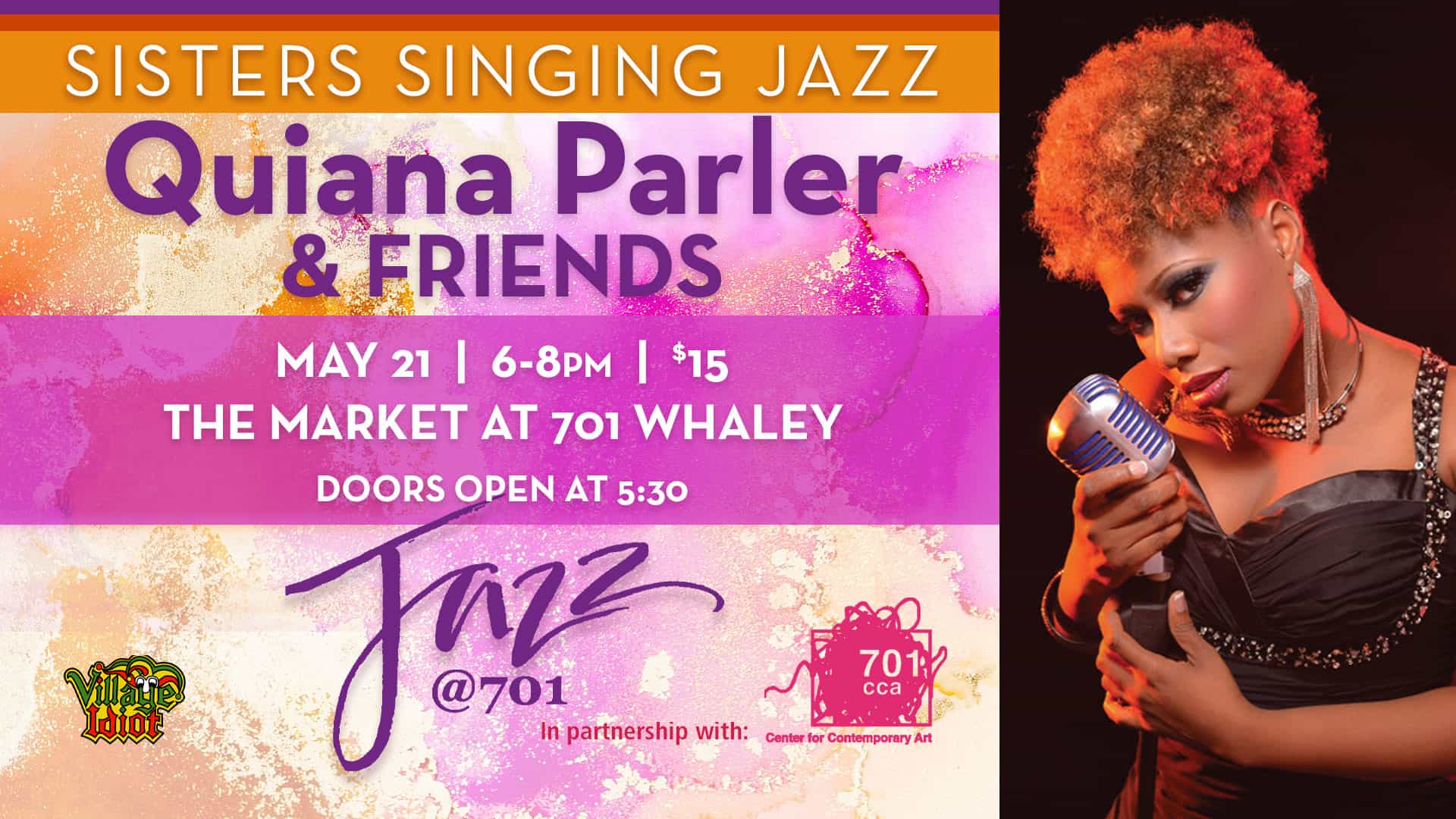 Quiana Parler and Friends will kick off the 2019 Series, “Sisters Singing Jazz”.  Doors open at 5;30pm.  Quiana gained prominence after the 2003 season of American Idol.  She is the lead singer for internationally and critically acclaimed,  Grammy nominated group, “Ranky Tanky”.  Ranky Tanky recently appeared on the Today Show where Quiana “brought the studio down”.  Her voice has been described as an instrument.  Don’t miss the opportunity to experience this phenomenal  jazz vocalist!