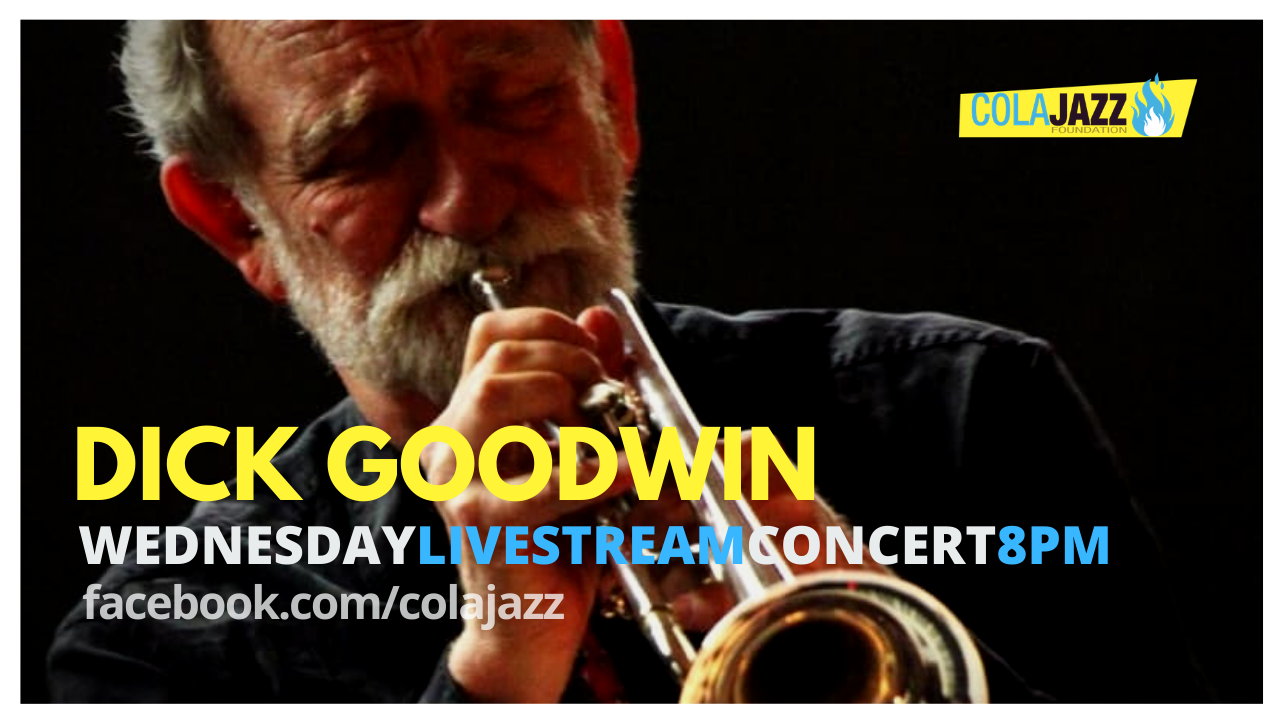 Dick Goodwin is one of South Carolina’s favorites. He’s a remarkable talent and we are thrilled to feature him in this ColaJazz LIVEstream.

“I used to wear two hats, ‘Gordon Goodwin’ for my classical work and ‘Dick Goodwin’ for the after-hours jazz character.”

Over the years—under one hat or the other—Gordon Goodwin has written hundreds of works, from jingle to opera, jazz band to symphony orchestra.

Dick Goodwin is a composer, arranger, performer, and studio producer. He leads the Dick Goodwin Quintet and Dick Goodwin Big Band, and is a Yamaha Artist.

The State Newspaper declared “If a touring act or local performance needs musicians — strings, brass, rhythm, anything — there’s only one person to call: Dick Goodwin.”

Gordon (Dick) Goodwin is Distinguished Professor Emeritus at the University of South Carolina. He was a recipient of USC’s prestigious Educational Foundation Award, is the 2001 Elizabeth O’Neill Verner Individual Artist winner (the highest honor awarded in the arts by the State of South Carolina.) And he has received a number of writer awards from ASCAP (American Society of Composers and Publishers.)

“He’s kind of the goto person if an arrangement doesn’t exist for the orchestra,” says Rhonda Hunsinger, the South Carolina Philharmonic’s executive director.

“I grew up in Cape Girardeau, Missouri and El Paso, Texas and decided at a very early age that music would be my life’s work. I loved teaching and I had a successful run of it. But I now have the time (and still have the energy) to concentrate full-time on my first love — composing, arranging, producing, and performing.
.
.
.
.
.
Please consider making a tax-deductible donation to support these fine musicians and these livestream concerts: https://colajazz.com/support/