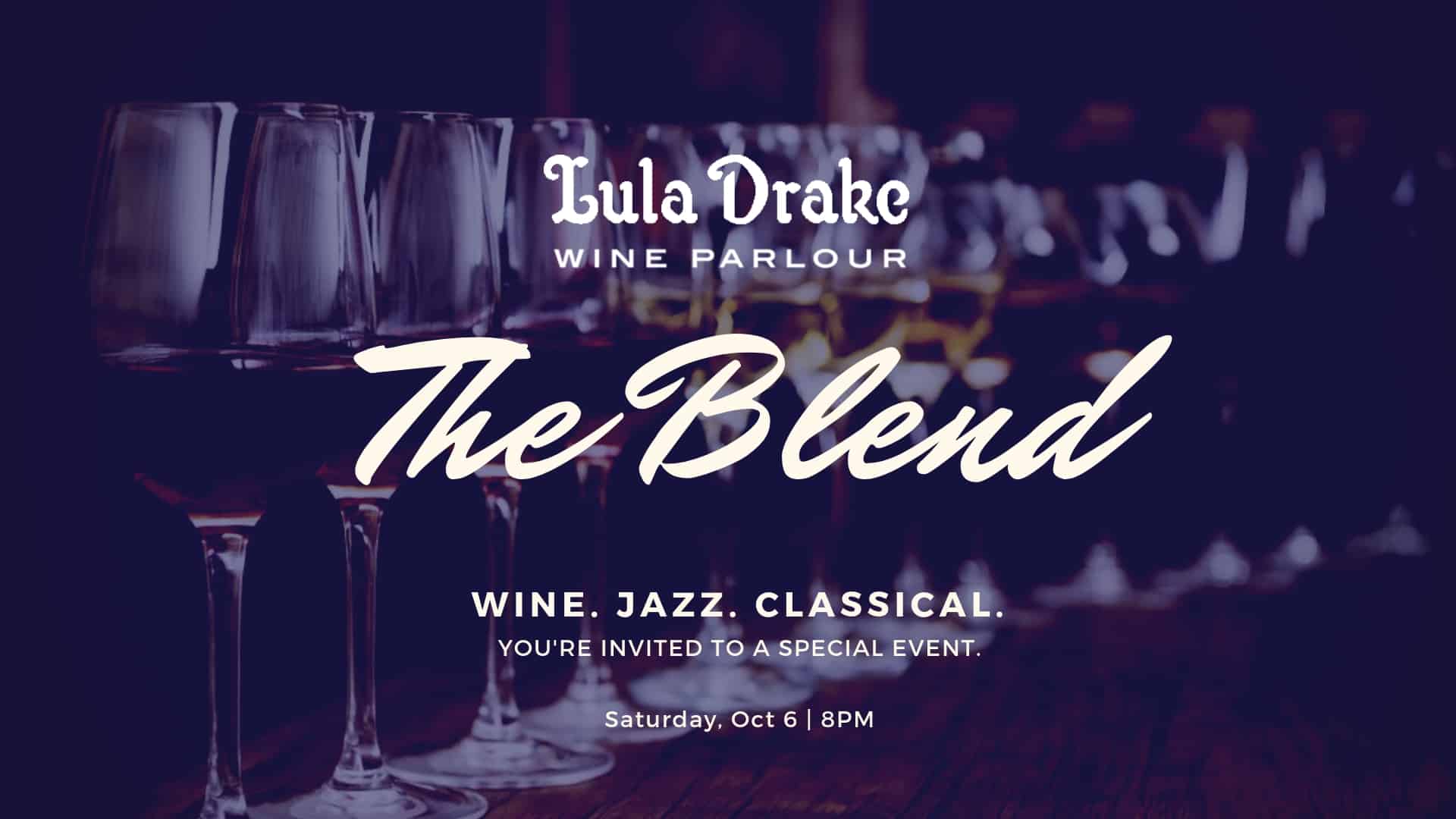 Experience fine wines, amazing food, jazz and classical music in this exclusive VIP event in the Upstairs at Lula Drake!

A one-of-a-kind, rare event in an intimate and intriguing event space nestled above Lula Drake, we will compare and contrast styles, history, flavors, complexities and nuances both in tastes and sounds.

LIMITED TICKETS. GET YOURS NOW.

Nyamsaikhan Odsuren (Nyamka) is from Ulaanbaatar,Mongolia. During his time in Columbia, he served as Concertmaster of the University of South Carolina Symphony Orchestra under Dr. Donald Portnoy and has been a regular member of the South Carolina Philharmonic. Nyamka has attended music festivals in Istanbul, Moscow, and Tianjin at an early age. he has given tour concerts in Austria and Slovenia while attending the United World College of the Adriatic as a music scholar in Duino, Italy before coming to the United States as a UWC Davis Scholar. Nyamka’s conducting has been hailed by the Philadelphia Inquirer as having “clarity and authority.” He will be conducting the Columbia City Ballet’s Nutcracker performances in December 2018. Recent highlights include guest conducting USC Dance’s 13th Annual Ballet Stars of New York Gala Performance. Nyamka has worked with the Philadelphia Orchestra (Asia Tour 2017), the Long Bay Symphony Orchestra, the Mongolian State Philharmonic, University of South Carolina Symphony Orchestra and, East Carolina University Symphony Orchestra. Nyamka currently serves as Assistant Conductor of the Long Bay Symphony and Conductor of the Long Bay Youth Symphony in Myrtle Beach, SC. Nyamka received his Bachelor of Music from Methodist University and Master of Music from East Carolina University.

Trumpeter, composer, arranger, didgeridoo player, recording and touring artist Mark Rapp has performed with such distinct artists from Delfeayo & Branford Marsalis to country star Darius Rucker. Rapp has released 8 diverse recordings and appears as a sideman on a myriad of projects including Disney’s “Everybody Wants to be a Cat” alongside Roy Hargrove, Dave Brubeck, Esperanza Spalding, The Bad Plus, Joshua Redman and more. Rapp’s celebrated 2009 debut release “Token Tales” earned him a spot as a “Top Emerging Trumpeter” in Downbeat Magazine. His release “Good Eats” had critics saying, “Rapp is quickly developing a reputation as a superb interpreter and great stylist.” – AllAboutJazz.com. Rapp is a featured artist in Mellen Press’ “How Jazz Trumpeters Understand Their Music” among a prestigious list including Terence Blanchard, Lew Soloff, Freddie Hubbard, Tim Hagans, Dave Douglas and more. Rapp also composed and produced a jazz ballet “Woven: Life in Notes and Steps” (wovenballet.com). He has performed in jazz clubs and festivals around the world from Croatia, Brasil, Austria, Switzerland, USA and more including back-to-back appearances at the 2017 & 2018 New Orleans Jazz and Heritage Festival. As the founder of ColaJazz.com, a jazz initiative to grow, elevate and support the jazz community in and around Columbia, SC through events, education, recordings, and advocacy, Rapp has produced and released 2 compilation CDs featuring over 20 local bandleaders involving 30+ musicians. Rapp created and launched the USC ColaJazz Camp in 2017 featuring Delfeayo Marsalis; the 2018 camp clinician was NEA Jazz Master Dave Liebman. He also produced the 2018 ColaJazz Festival featuring Chris Potter. Rapp is a prominent figurehead, performer, and activist of jazz in SC and in February 2018 was named an Ambassador of Jazz for the State of South Carolina by the SC House of Representatives.