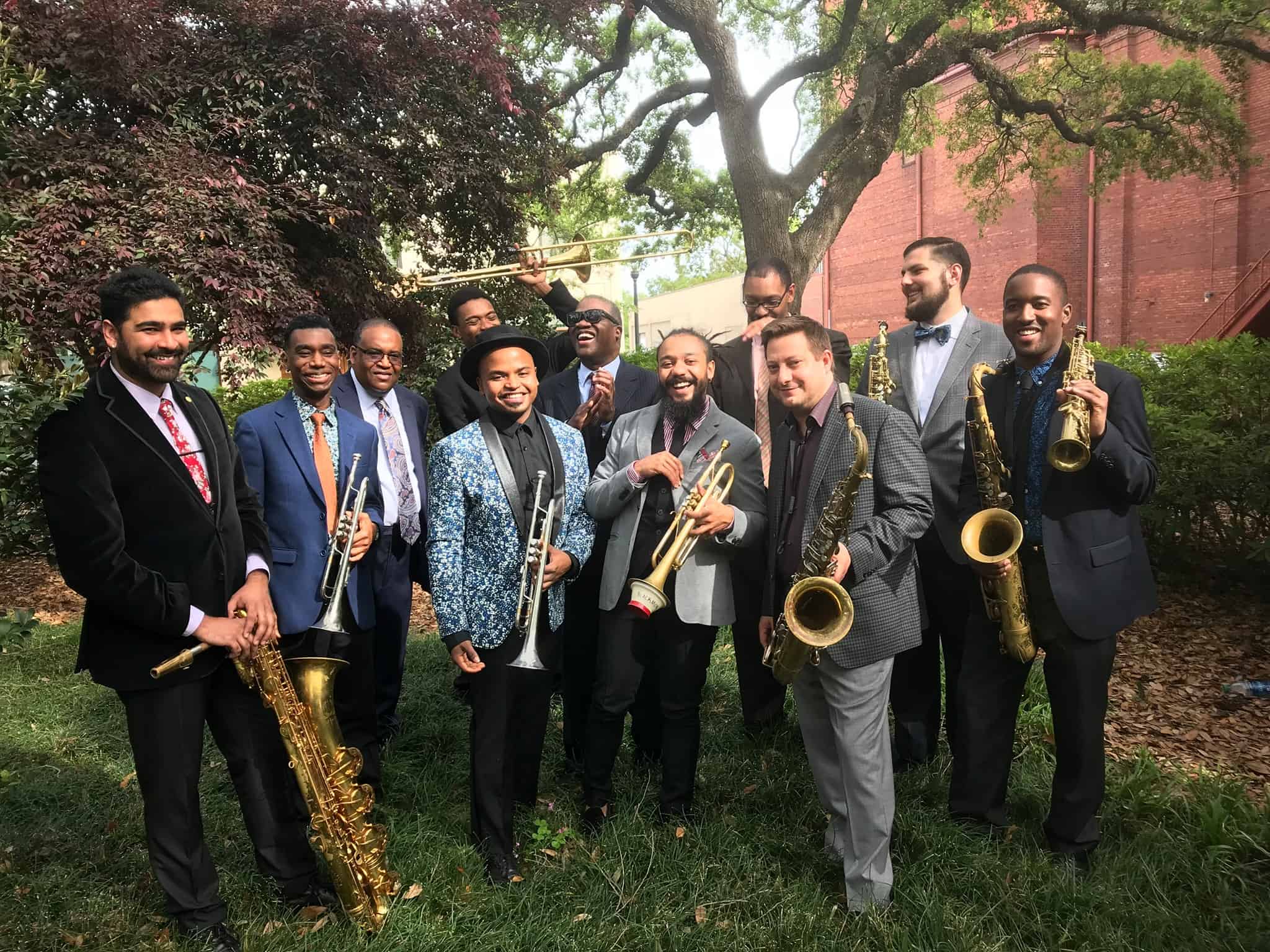 Jazz at the Gaillard Presented by The Establishment CHS

The Modern Jazz Generation
The Modern Jazz Generation (MJG), founded in 2013 and anchored by Marcus Roberts and his trio (Jason Marsalis, drums; Rodney Jordan, bass), includes three generations of musicians. According to Roberts, the MJG is more than just a band—it’s a community of like-minded musicians who love working and playing together. Mentoring has always been a fundamental part of the jazz art form and it is a crucial part of the philosophy of this band. When they are out on tour, they are often joined by other seasoned musicians from the world of jazz. The band has an open format that welcomes hard-working, like-minded musicians into the fold. “It’s been years since I’ve had so much fun playing jazz,” says Roberts. “This group is about being willing to compromise. It’s about getting along. And it’s a very generous group of musicians.” It is also an extraordinarily talented group of musicians. The core younger members of the band include two phenomenal musicians who trained with Roberts and Rodney Jordan at Florida State—Ricardo Pascal (tenor/soprano saxophones) and Alphonso Horne (trumpet). They are joined by Joe Goldberg (clarinet/alto), Tissa Khosla (baritone/tenor), and Tim Blackmon (trumpet) who also trained with Roberts and other senior members of the MJG. This band is a group that is filled with personality and that is evident on the stage every time they perform. It is easy to see why Roberts says he’s having so much fun.

Part of Jazz at the Gaillard Presented by The Establishment, which includes three jazz performances:
Chick Corea Trilogy with Christian McBride and Brian Blade on October 29, 2019
Georgia On My Mind on March 10, 2020
Marcus Roberts and the Modern Jazz Band on April 25, 2020

Buy all three shows, and receive 10% off your purchase.