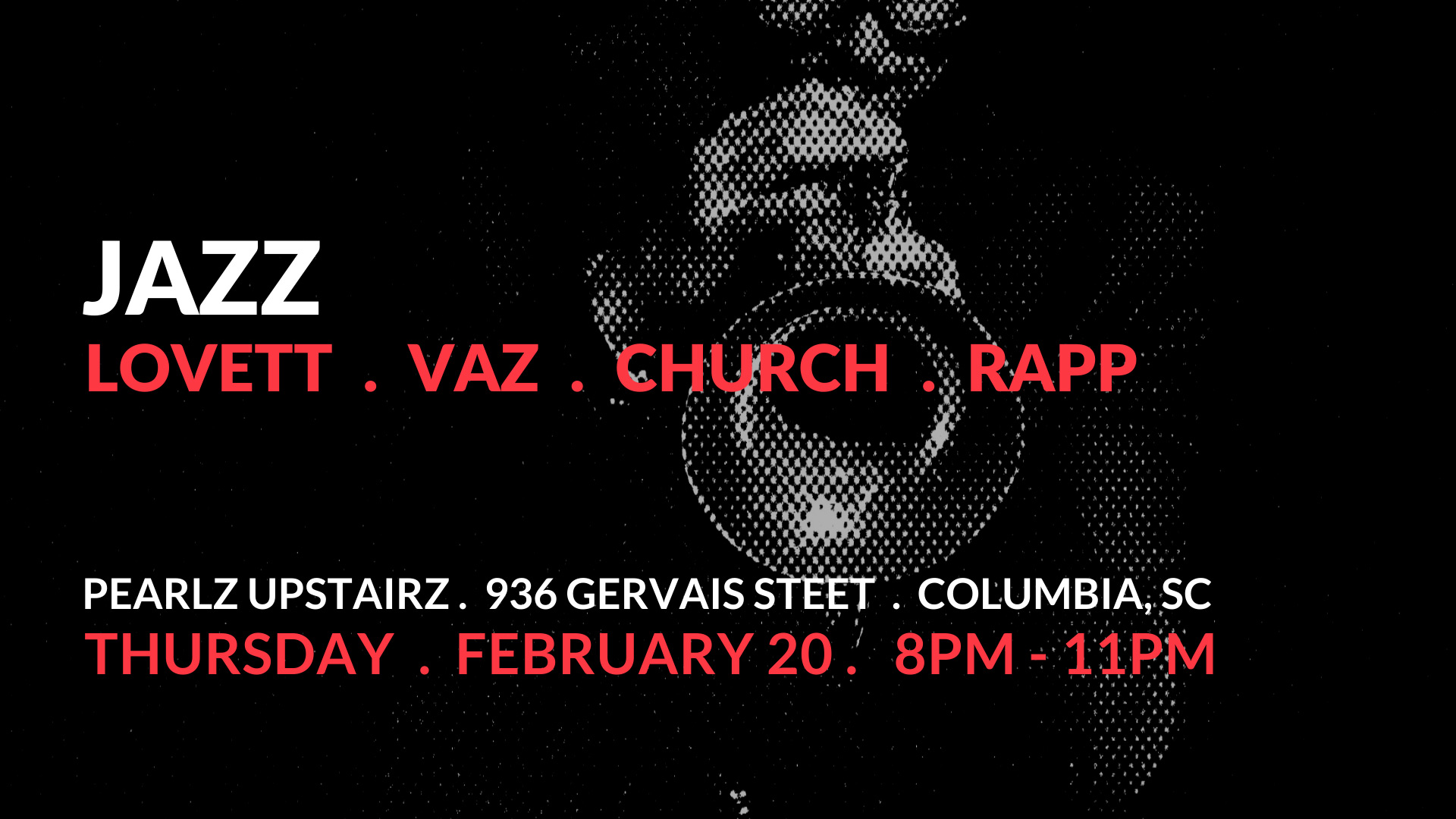 Join trumpeter Mark Rapp and his incredible band at Pearlz Upstairz. The great Jonathan Lovett returns to Columbia for this special engagement. Up and comer Derrick Vaz is on the bass and drummer Chris Church rounds out the group.

ABOUT MARK RAPP
Trumpeter, composer, arranger and bandleader Mark Rapp is the founder of ColaJazz.com, a jazz initiative to grow and support jazz in and around Columbia, SC through events, education, recordings, and advocacy. In 2019, ColaJazz was 1 of 15 jazz organizations in the country chosen to beta-test the new Jazz at Lincoln Center After-School Content. ColaJazz brings jazz to the Children Hospital, retirement communities, schools and communities in need. In partnership with the Koger Center, Rapp presented a “Jazz for Young People” concert to 700 kids in the Boys & Girls Clubs and shortly after, Rapp presented a “SC Jazz Culture” concert for 2000 Richland One 3rd graders. He is also the co-creator and Artistic Director of the “Live in the Lobby: Koger Jazz” series.