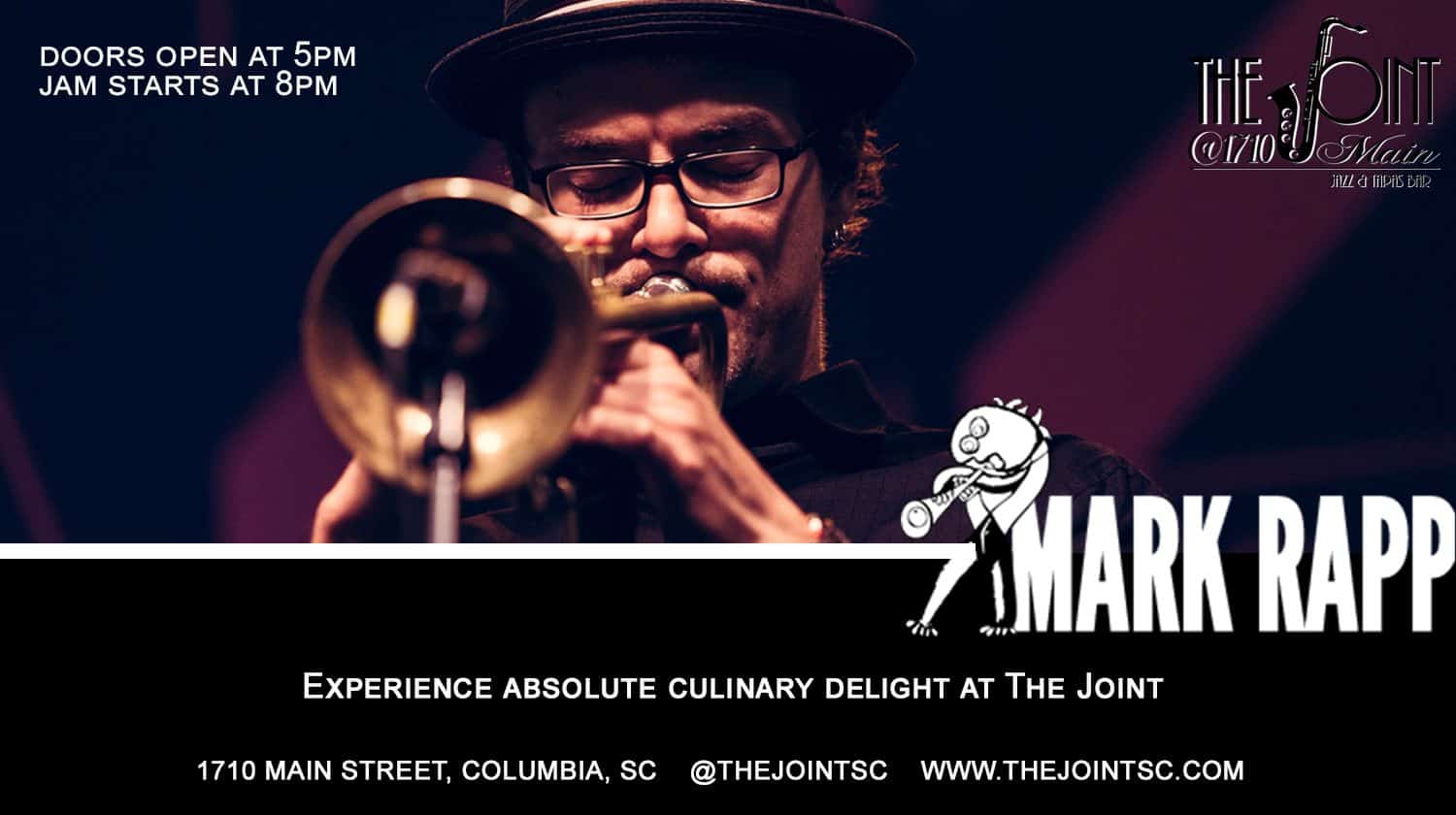 Mark Rapp at the Joint SC

Join us for the awesome Mark Rapp Group for some of Columbia’s best in live jazz!

The Joint at 1710 Main is crafted after traditional Jazz Halls that were popular in the 1940’s. Our specialty is fine cuisine, live entertainment and craft cocktails.

++++++++++++++
ABOUT Mark Rapp
Trumpeter, composer, arranger, didgeridoo player, recording and touring artist Mark Rapp has performed with such distinct artists from Delfeayo & Branford Marsalis to country star Darius Rucker. Rapp has released 8 diverse recordings and appears as a sideman on a myriad of projects including Disney’s “Everybody Wants to be a Cat” alongside Roy Hargrove, Dave Brubeck, Esperanza Spalding, The Bad Plus, Joshua Redman and more.

Rapp’s celebrated 2009 debut release “Token Tales” earned him a spot as a “Top Emerging Trumpeter” in DownBeat Magazine. His release “Good Eats” had critics saying, “Rapp is quickly developing a reputation as a superb interpreter and great stylist.” – All About Jazz. Rapp is a featured artist in Mellen Press’ “How Jazz Trumpeters Understand Their Music” among a prestigious list including Terence Blanchard, Lew Soloff, Freddie Hubbard, Tim Hagans, Dave Douglas and more. Rapp also composed and produced a jazz ballet “Woven: Life in Notes and Steps” (wovenballet.com).

He has performed in jazz clubs and festivals around the world from Croatia, Brasil, Austria, Switzerland, USA and more including back-to-back appearances at the 2017 & 2018 New Orleans Jazz and Heritage Festival.

Rapp is a prominent figurehead, performer, and activist of jazz in SC and in February 2018 was named an AMBASSADOR OF JAZZ for the State of South Carolina by the SC House of Representatives.