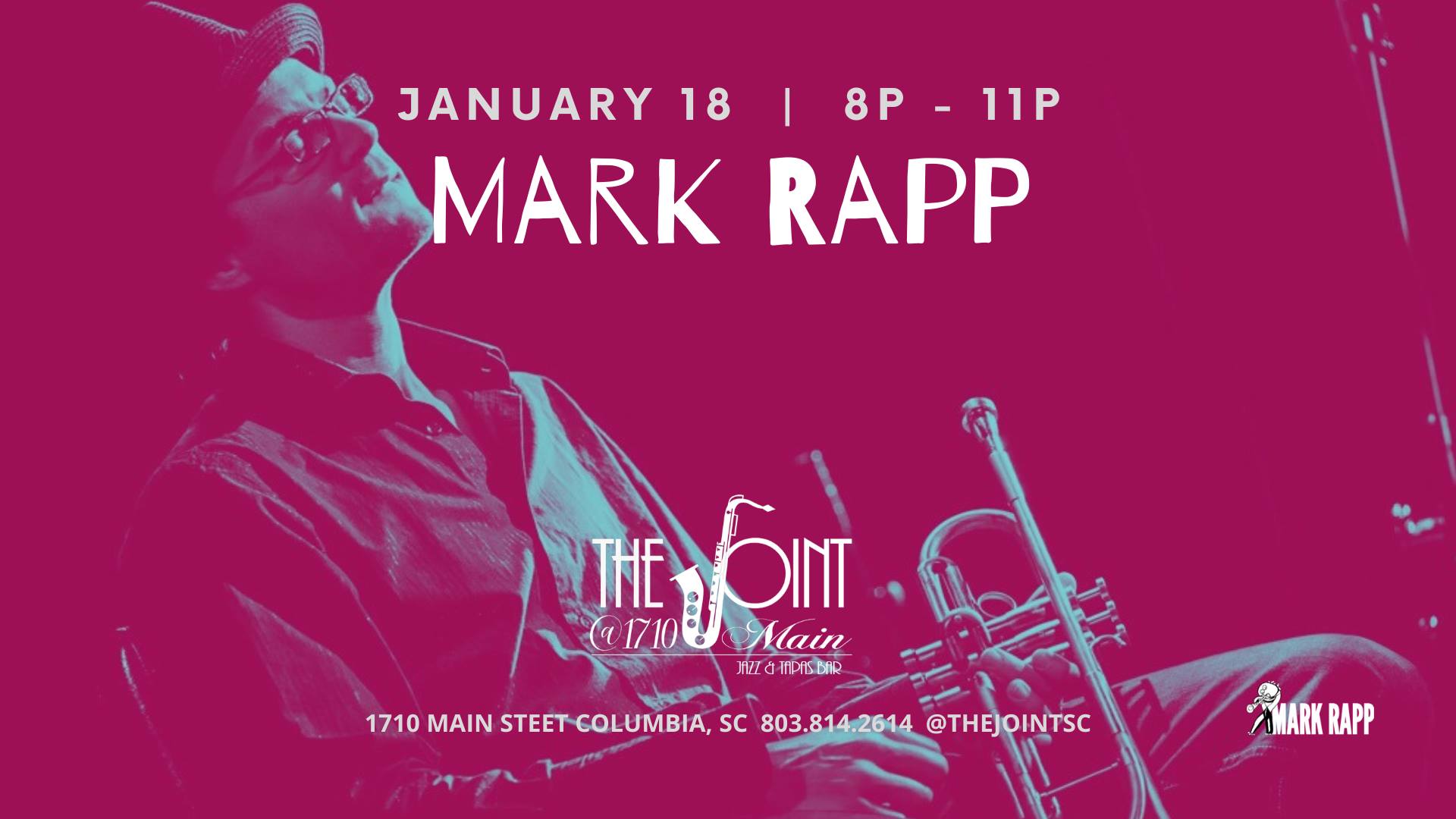 Mark Rapp at The Joint

Brought to you by The Joint at 1710 Main & Mark Rapp of ColaJazz!

About Mark Rapp
Trumpeter, composer, arranger, didgeridoo player, recording and touring artist Mark Rapp has performed with such distinct artists from Branford Marsalis to country music star Darius Rucker. Rapp has released 8 diverse recordings, and is featured on the closing track of Disney’s “Everybody Wants to be a Cat“. Artists such as Roy Hargrove, Dave Brubeck, Esperanza Spalding, The Bad Plus, Joshua Redman and more are also featured on this CD.

Rapp’s celebrated 2009 debut release “Token Tales” (Paved Earth Music), earned him a spot as one of the “Top 25 Emerging Trumpeters” in Downbeat Magazine. His release “Good Eats” (Dinemec Jazz) had critics saying, “Rapp is quickly developing a reputation as a superb interpreter and great stylist, willing to tackle the history of this music with his eyes on the past and his mind on the present and future of this music.” – AllAboutJazz.com.

Rapp is a featured artist in Mellen Press’ “How Jazz Trumpeters Understand Their Music” among a prestigious list including Terence Blanchard, Lew Soloff, Freddie Hubbard, Tim Hagans, Dave Douglas and more. Rapp co-created and was CEO of intotheShed.com (2012-2015), an online live lessons platform servicing GRAMMY-award winners and other the top artists in jazz today. Rapp also composed and produced a jazz ballet Woven: Life in Notes and Steps.

“Rapp has his own way of defining jazz,
which keeps its standard principles while
delving into the experimental side.”
– JazzTimes

“Rapp is willing to tackle the history of this music
with his eyes on the past and his mind on the
present and future of this music.”
– AllAboutJazz.com

“One can’t help but sense a distinct identity to Rapp
in both his composing and playing and for this reason,
we will be hearing a lot more from him.”
– Jazz Improv NY Magazine