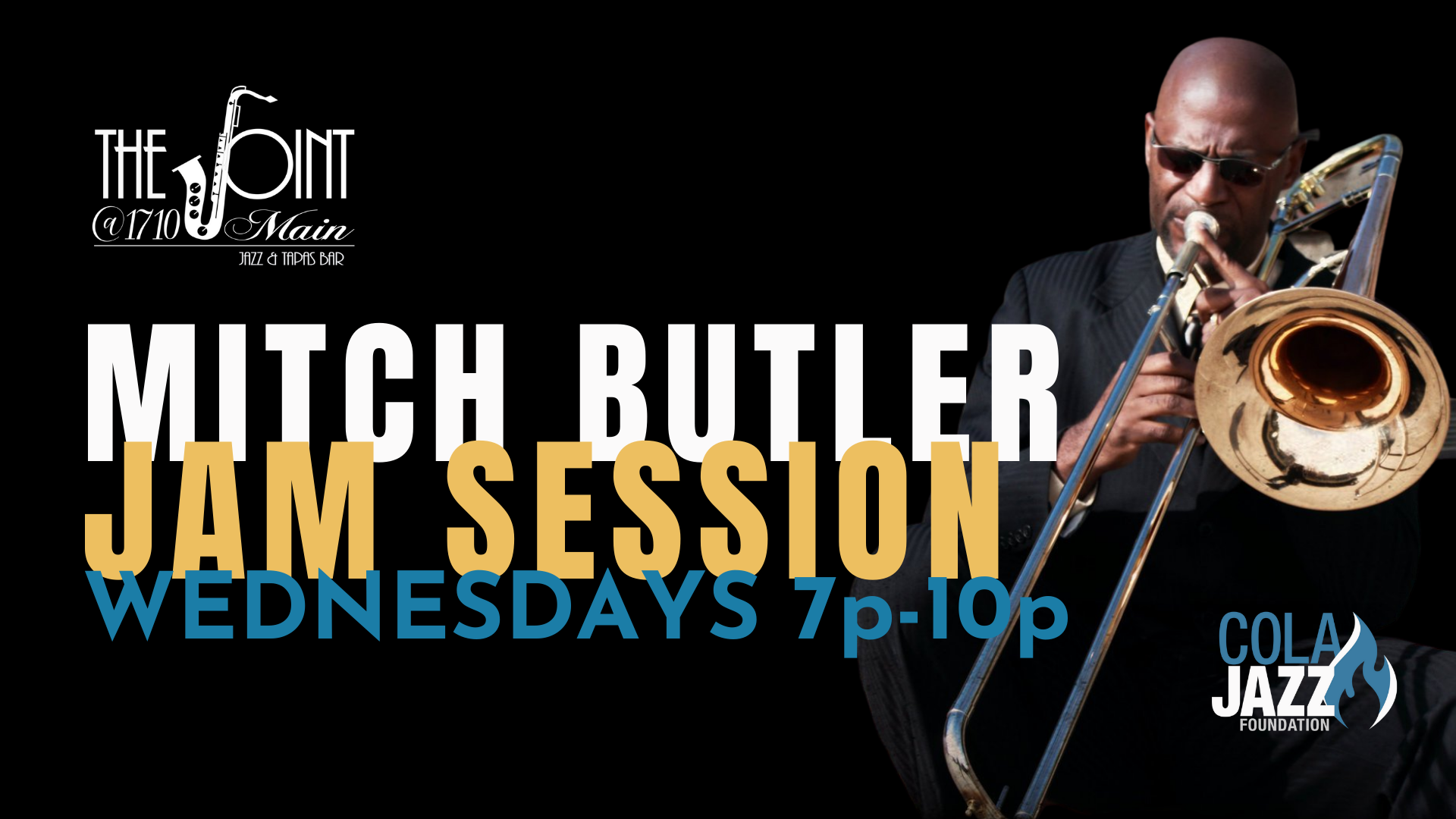 Dr. Mitch Butler and his group present Columbia’s premiere JAZZ JAM SESSION every Wednesday from 7PM-10PM at The Joint at 1710 Main Street. Bring your instruments, voices and ears to play and experience a true jam session! Seating, food and a full bar available.

Mitch has been the trombonist and arranger for a number of musical groups including the New Orleans Jazz Orchestra headed by Adonis Rose, since January of 2008. In February 2010 the N.O.J.O. won the Grammy Award for large jazz ensemble with the release of the recording Book One. In February 2017, Mitch added the role of producer to his resume, as he teamed up with Grammy Award-winning producer Richard Seidel, where he co-produced, arranged, and served as musical director for critically acclaimed vocalist Tiffany Austin and her second album Unbroken. Mitch has also been a trombonist for the international award-winning jazz group JazzBonez, which features six trombones and rhythm section and recorded the album Watch It!. Butler has also performed and/or recorded with musical greats Dee Dee Bridgewater, Curtis Fuller, Tia Fuller, Derrick Gardner, Robert Glasper, Slide Hampton, Andre Hayward, Conrad Herwig, Brad Leali, Branford Marsalis, Bob Mintzer, Melton Mustafa, Dick Oatts, Kenny Rampton, Rufus Reid, Herlin Riley, Stephen Riley, Darius Rucker, Grady Tate, Billy Taylor, Gregory Tardy, Fred Wesley and many others.

Much time has also been invested as an educator in jazz studies. Mitch was the Director of Jazz Studies and Assistant Professor of Music at California State University, East Bay, Hayward, California, from 2013–2016. Before that, he was Director of Jazz Studies at Claflin University, Orangeburg, South Carolina, from 2009–2013. He has also invested time in music throughout the community, having provided private lessons in trombone and jazz studies as well as participating in clinics/workshops throughout the Mid-Atlantic region, the Southeast, Central Texas, Wisconsin, and California. Butler has also held faculty and teaching positions at several institutions including Durham School of the Arts, East Carolina University, North Carolina Central University, Elon University, the University of North Carolina at Greensboro, and the University of Texas at Austin. In August 2018, Butler was named Assistant Teaching Professor at the University of Missouri-Kansas City. He remains an active performing musician, clinician, composer, and arranger.