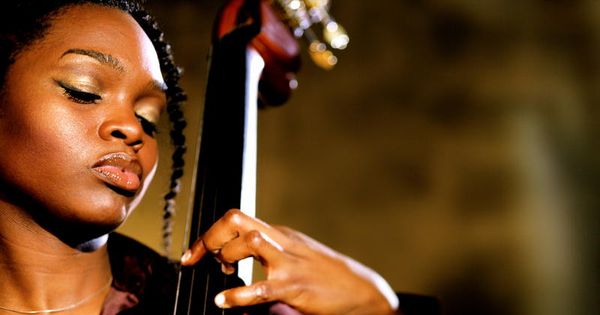 For Jazz Appreciation Month, More Than Rhythm focuses on America’s first global pop style. Guest artist Mimi Jones speaks with series host Dr. Birgitta Johnson and assistant professor of jazz at UofSC Dr. Colleen Clark about the vibrant roots and genre-merging futures of jazz before Jones and her band take the stage for a special performance. $20 / $10 for members / free for students.

Mimi Jones has been on the jazz scene for the more than two decades. She has reigned supreme as a bassist, vocalist, producer, label owner, and now filmmaker, as well as worked as a side woman to an impressive coterie of musicians and as a leader with three albums on her own label, Hot Tone Music, featuring the Mimi Jones Band. Jones also serves as co-director with ArcoIris Sandoval of The D.O.M.E. Experience, a multimedia project created to inspire its audience to become aware of environmental and social issues within the community and globally through choreography, composition, and cinematography. She is an associate professor at Berklee College of Music.

Guest panelist, drummer, composer, educator, and bandleader Dr. Colleen Clark is the first drummer and woman to earn a Doctor of Musical Arts degree in jazz performance at the world-renowned University of North Texas, the oldest jazz institution in the U.S. Clark has performed in prominent venues including the Kennedy Center, Jazz at Lincoln Center, Birdland, and the 55 Bar. Her debut album, Introducing Colleen Clark, consisting entirely of original music, was produced by Gordon Stout and engineered by 10-time Grammy Award nominee/winner Brian Dozoretz.

Presented by the Baker & Baker Foundation. This program has been made possible in part by the National Endowment for the Humanities: Democracy demands wisdom.