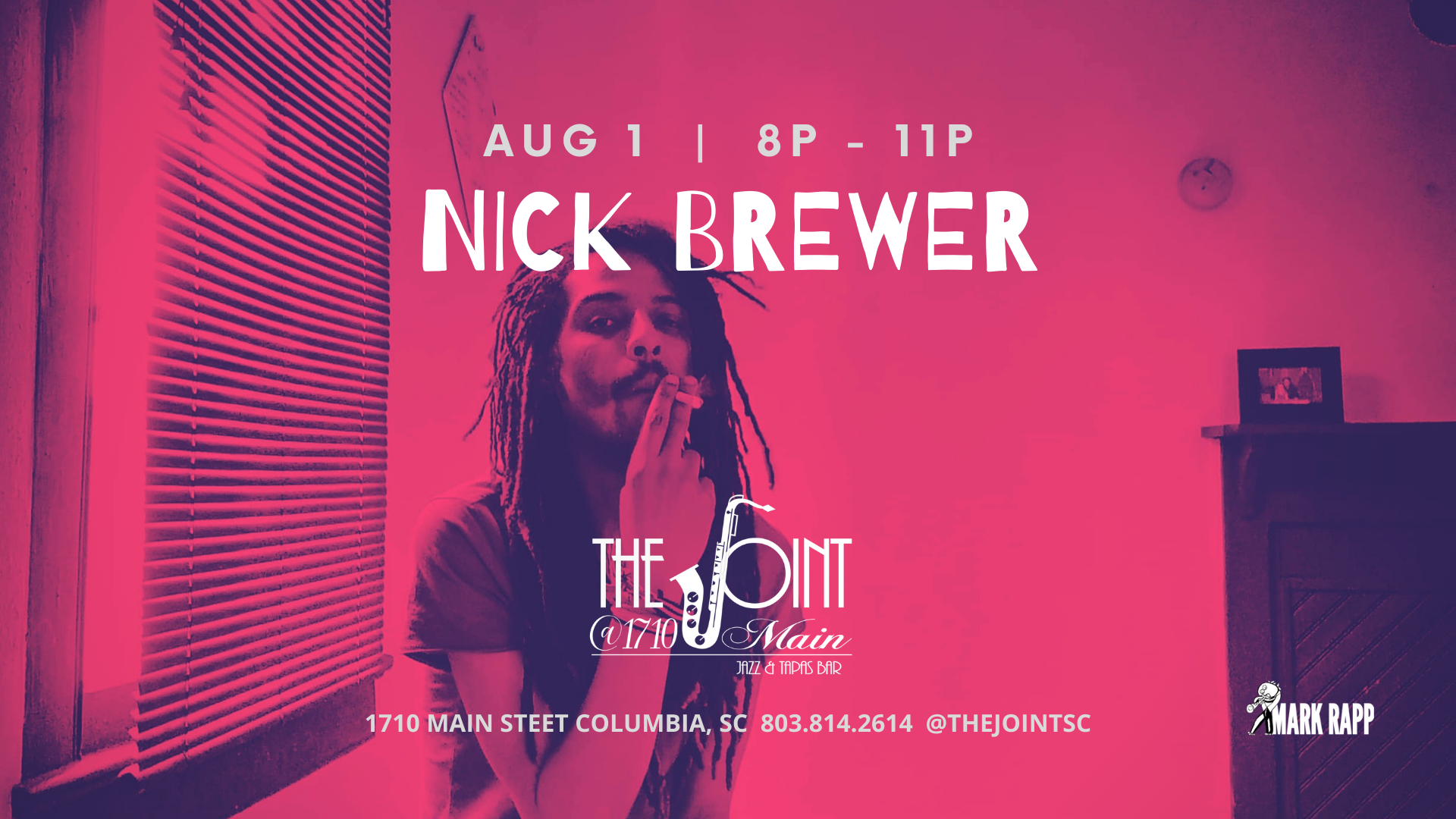 Nick Brewer. All you have to do is say his name and you have to smile. He is easily one of the most well-known musicians around Columbia, SC and one of the most interesting in character, attitude and artistry. His reputation precedes him in every way you can imagine. It would not be a stretch to say Nick adds a tremendous amount of fun and humor to our Columbia “Cola” Jazz scene. But don’t be fooled, Nick is a great musician and comfortable in a myriad of styles from straight-ahead modern jazz, traditional jazz to hard-core rock and even pop music. His soon-to-be released rock album is one of the best I’ve ever heard! He’s a true talent and we’re lucky he’s around!