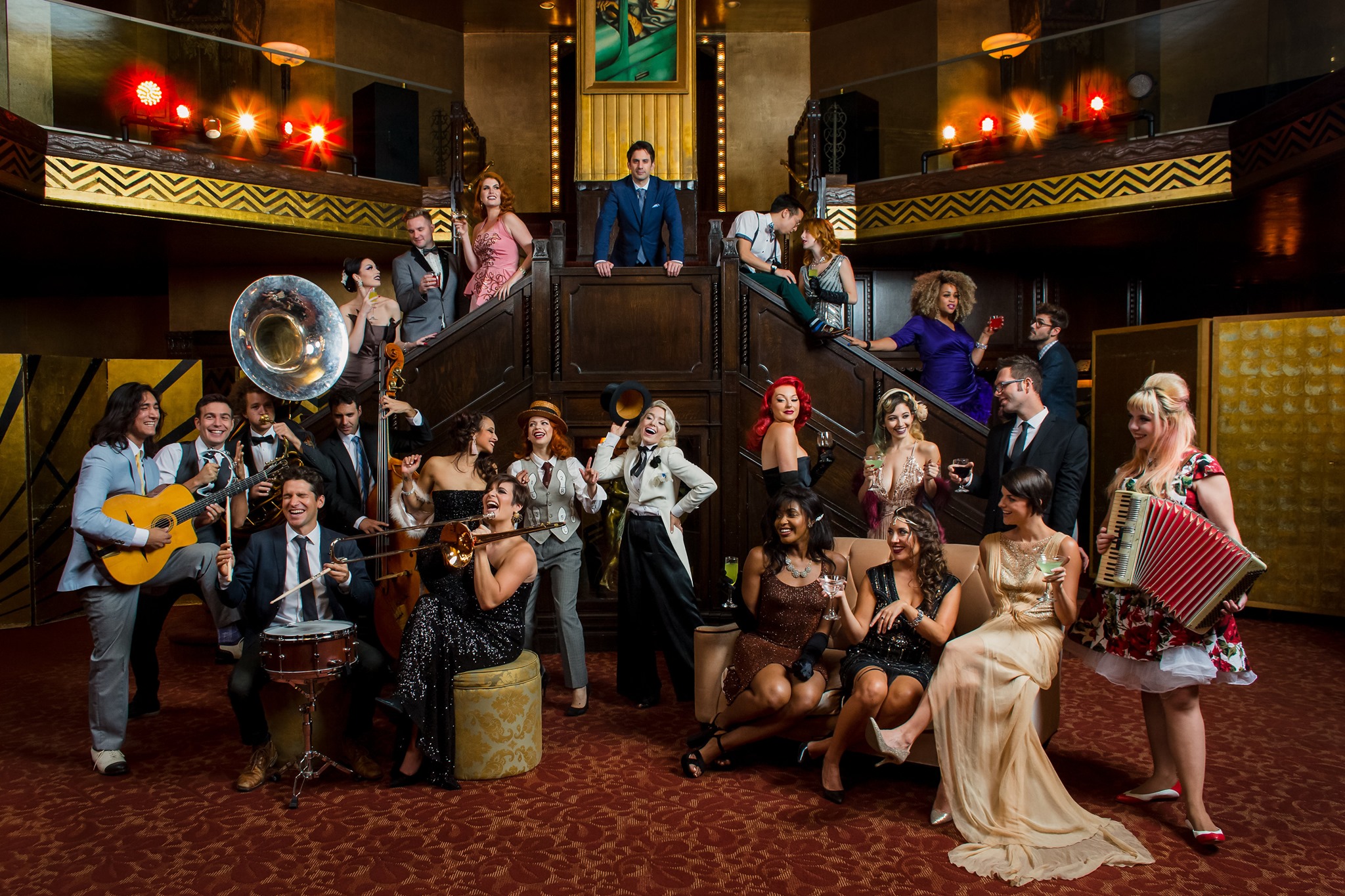 Started by Scott Bradlee in 2009, Postmodern Jukebox is known for reworking popular modern music into different vintage genres, especially early 20th century forms such as swing and jazz. PMJ has amassed over one billion YouTube views with 3.5 million subscribers and more than 1.7 million fans on Facebook. For the past half-decade, they have toured the world, playing hundreds of shows to sold-out houses on six continents. They’ve also performed on shows like Good Morning America, topped iTunes and Billboard charts, and caught the attention of NPR Music, NBC News, and a wide array of celebrity fans.

“The joy of life is a Postmodern Jukebox concert. Watch the vids, go to the show. It is heaven.” – Jason Alexander