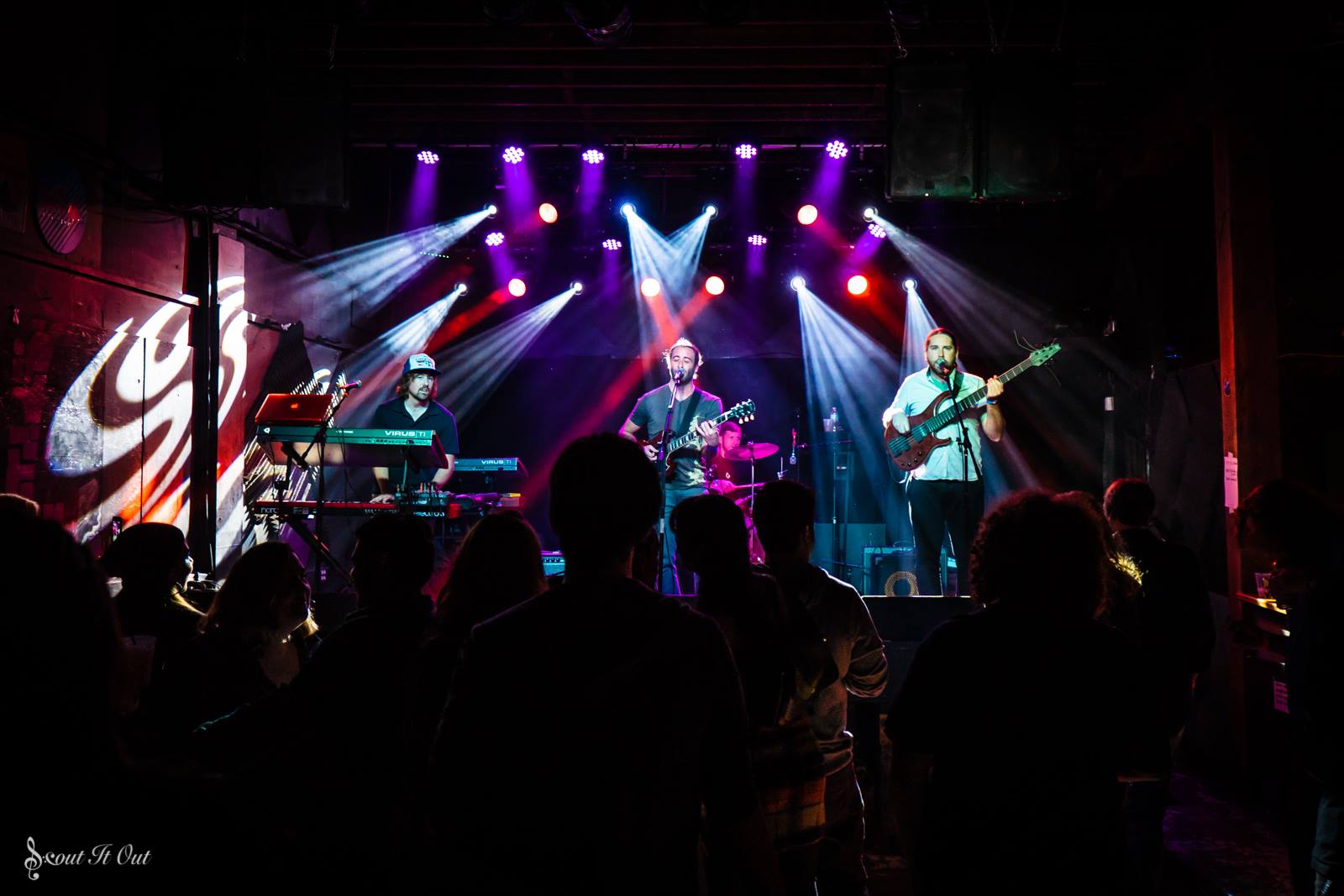 Side Hustle Live at The Aristocrat

Side Hustle is a deep-groove, rock, soul and funk group formed and based in Jacksonville, FL. The four-piece band brings together various backgrounds from funk, electronic, blues and rock to capture, elevate, and move audiences. The band is producing new music, building towards a new EP release for late 2018.

Originally from the cultural landscape of South Florida, singer/songwriter/guitarist, Anton Laplume relocated to Jacksonville, FL. Laplume emerged from the blues scene as the lead guitar player and band director for international blues band, The Rockin’ Jake Band. Laplume toured with the band throughout 2014 and 2015, across the U.S. and Canada. Known for his strong guitar skills, he enjoyed being a go-to for many local artists before creating, The Anton Laplume Band.

Sean Thomas (vocals/bass) is a key component in the new sound emerging from the band. Thomas was a key member in one of Jacksonville’s premier funk/jam bands Herd of Watts, routinely playing festivals around Florida, as well as up and down the east coast.

Billy Begley (keys/synth) is a newly added member who brings bold and creative ideas to the band’s catalog. He brings a traditional touch with his classical piano upbringing and provides a modern electronic improvisational flair with his jamtronica and subtractive synthesis background. As a founding member of Lucky Costello, a Jacksonville band touring across the Southeast for the last five years, Begley is reaching out into new territory by collaborating with talented artists to create as much new music as possible.

Aaron Plotz (drums) anchors the band with his high-energy performance and talents grounded in a classical percussion training. Plots has collaborated with heavy weights such as Tony Steve, Richard Kirkland, Charlotte Mabrey and Danny Gottleib. Aaron has found much success in the Jacksonville arena as the go-to drummer, sharing the stage with numerous national acts and occupying festival slots with some of the best Jacksonville has to offer.

The band’s composition is an entertaining fusion of singer/songwriter arrangements with improvisational elements of jazz, transitional grooves of funk, melodic awareness of pop, and the raw emotion of blues rock.