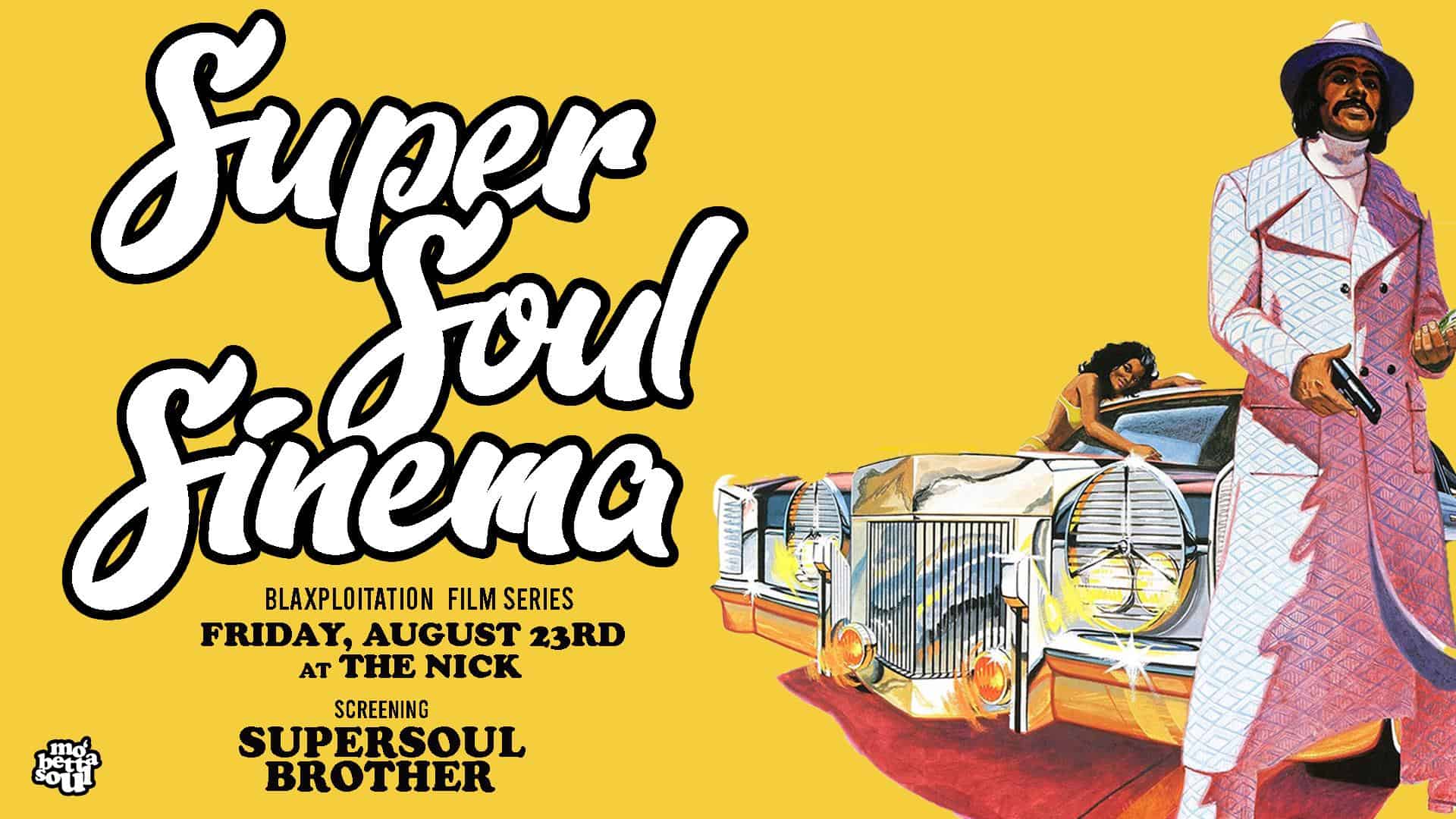 ABOUT SUPER SOUL BROTHER:
When a duo of criminals pay an evil doctor to create a serum that gives people superhuman strength, they fool a naive wino named Steve (“Wildman” Steve Gallon) into getting an injection to help them pull off a jewel heist. When Steve discovers that the serum kills whoever takes it, he hides the stolen jewels and begins a frantic quest to create an antidote with the thieving masterminds in hot pursuit!

ABOUT SUPER SOUL SINEMA:
Super Soul Sinema is a love letter to a forgotten realm of black film: Blaxploitation. Sure, some of the movies could be seen as low-brow or even B-Rated, but they showcased black filmmakers and artists doing things for the first time. Super Soul Sinema is hosted by Preach Jacobs, who will talk about the significance of the film, followed by DJ sets of soul, funk, and everything that provided backdrops for the films.