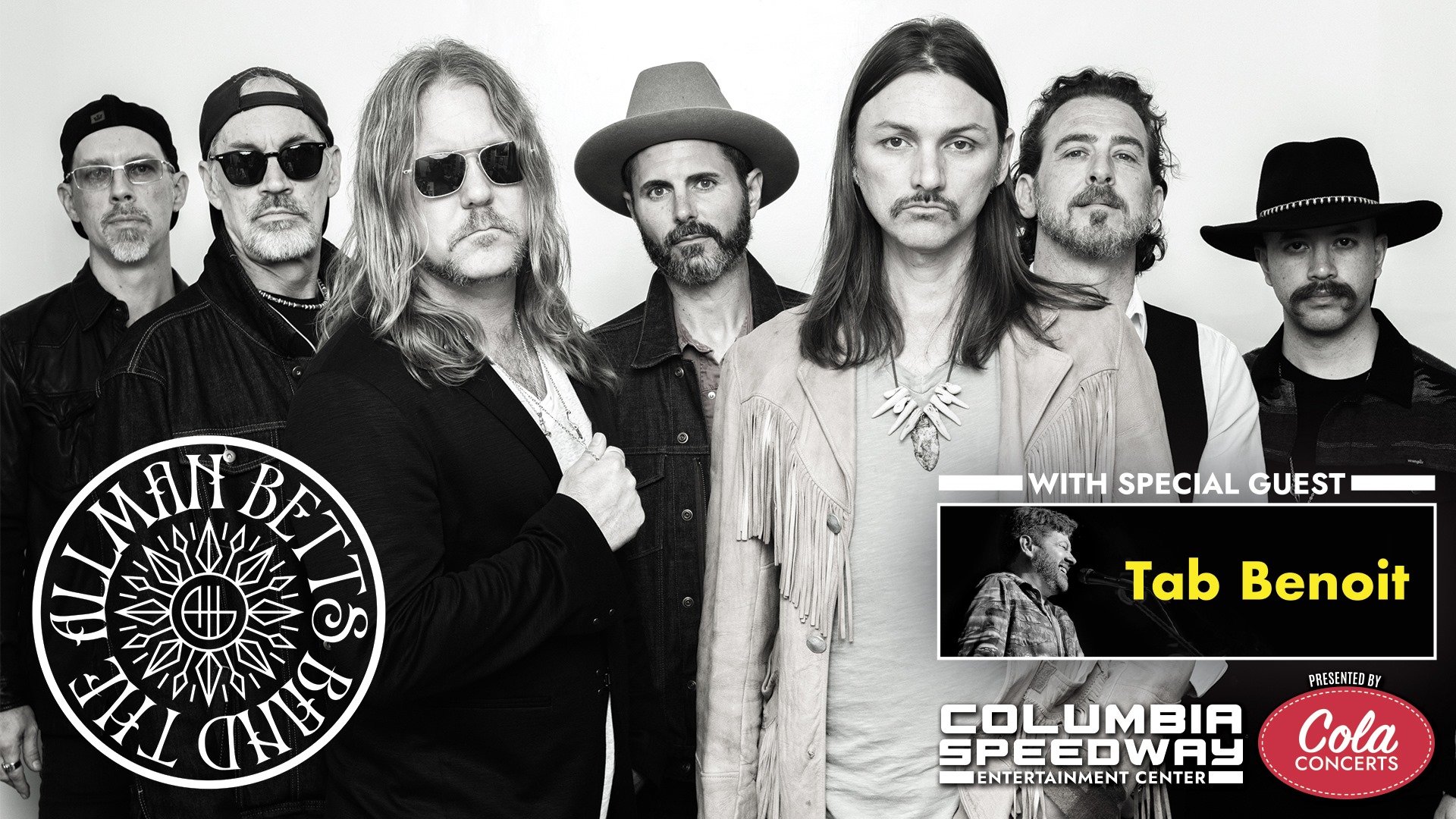 We are committed to keeping all guests, artists & staff safe, to see our full safety procedures, go here: https://colaconcerts.com/safety

4 People per Seating Cove. Limited Coves for 2 or 3 people available.

The sons of Gregg Allman (Devon Allman) and Dickey Betts (Duane Betts) have joined forces to form The Allman Betts Band. The show features new music, songs from their solo projects and classic Allman Brothers and Gregg Allman tunes in honor of the 50th Anniversary of The Allman Brothers Band. Their debut album, released on June 28, 2019, was recorded at the legendary Muscle Shoals Sound Studios and produced by Matt Ross-Spang (Jason Isbell, Margo Price, John Prine and Elvis Presley). Former Allman Brothers Band keyboardist and current Rolling Stones keyboardist, Chuck Leveall, and former Greg Allman Band Hammond B3 player, Peter Levin, both guested on the record. ABB’s sophomore effort was also recorded at Muscle Shoals with Matt Ross-Spang producing and it is due out in the early summer of 2020.