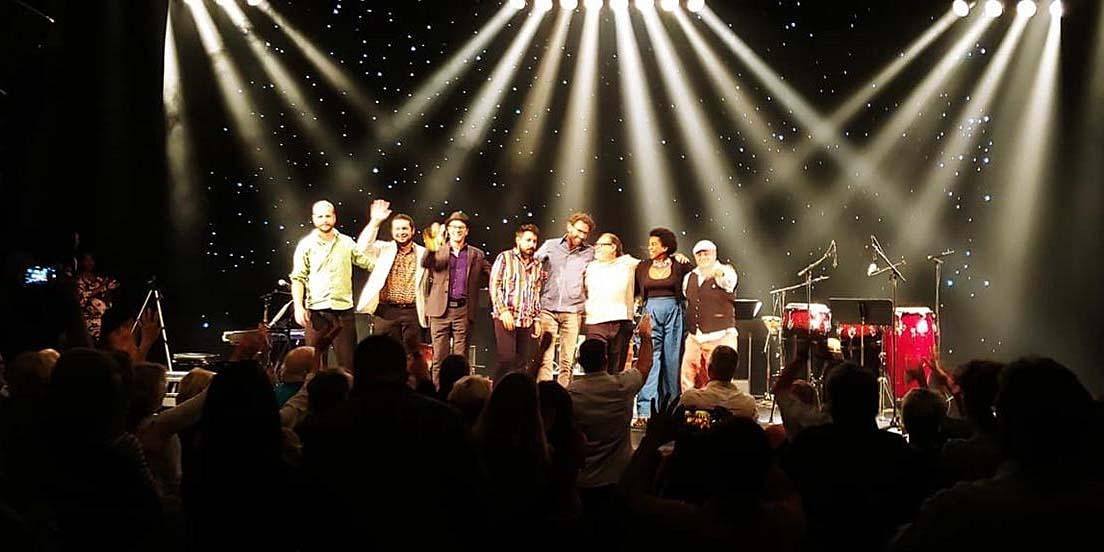 Craft cocktails and small plates begin at 6:00 pm.
Seating includes the club & patio and is first-come at the door. Only Baby Grand Members qualify for preferred seating. Learn more about Middle C Jazz memberships at https://middlecjazz.com/tickets-memberships/#memberships

Buena Vista Legacy Band originated in Charleston, South Carolina, after Charleston Music Hall director Charles Carmody called Gino Castillo, band leader of the Cuban Cowboys, with a proposal to do a tribute to the iconic band immortalized in Wim Wender’s 1999 Documentary film Buena Vista Social Club.
The idea was to incorporate into the project several young, Cuban musicians who are recognized as new legends on the Island. Having performed with some of the original members of Buena Vista, these musicians were also part of Wender’s second movie, The Sons of Cuba.

This began a collaboration between old friends from Charleston and La Habana, resulting in a concert showcase first performed at the Charleston Music Hall on October 11th, 2019. The project was also a part of a mini documentary that, on a much smaller scale, respectfully recalls the original film from the 1990’s.

Buena Vista Legacy Band features several talented musicians from Cuba, including Yusa on the Cuban tres and vocals, Oliver Valdes on drums, and Julito Padron on trumpet and vocals. From Charleston, the band brings musical director Abdiel Iriarte on piano, Gino Castillo on vocals and percussion, Jake Holwenger on upright bass and Jorge Garcia on guitar. Together, the group aims to serve as an instrument carrying the old Cuban music to a new generation.