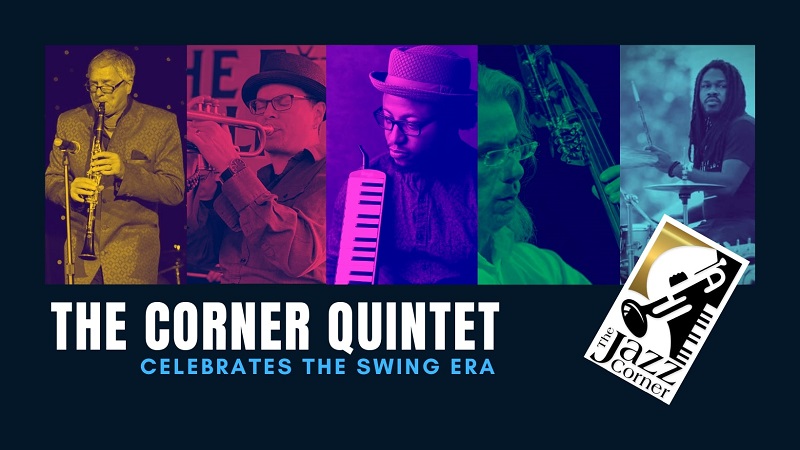 Eric Jones was born in Moultrie, Georgia, and started to play piano by ear at the age of five. At 11, Eric began studying trumpet. At 16 he started formal lessons on piano and within two years, he was awarded a piano scholarship to Andrew College.

Eric went on to pursue his education at Armstrong Atlantic State University, studying under Dr. Kevin Hampton, graduating with a B.A. in Piano. In addition to teaching private lessons, composing and arranging, he completed his Masters in Composition from Georgia Southern University, where he studied under Dr. Martin Gendelman.

Eric has worked with many prominent artists including Grammy Award winning Esperanza Spalding, Stewart Copland of the Police and Keith Miller of the Metropolitan Opera. In 2011 Eric premiered his latest work, “Songs of Creation,” which combines spiritual, jazz and African influences with the poem of James Weldon Johnson’s “The Creation.”

Eric had just released a debut album “Azubuike” featuring his trio May 2019.

“Rapp has his own way of defining jazz, which keeps its standard principles while delving into the experimental side.” – JazzTimes

Trumpeter, composer, arranger and bandleader Mark Rapp is the founder of ColaJazz.com, a jazz initiative to grow and support jazz in and around Columbia, SC through events, education, recordings, and advocacy. In 2019, ColaJazz was 1 of 15 jazz organizations in the country chosen to beta-test the new Jazz at Lincoln Center After-School Content. ColaJazz brings jazz to the Children Hospital, retirement communities, schools and communities in need. In partnership with the Koger Center, Rapp presented a “Jazz for Young People” concert to 700 kids in the Boys & Girls Clubs and shortly after, Rapp presented a “SC Jazz Culture” concert for 2000 Richland One 3rd graders. He is also the co-creator and Artistic Director of the “Live in the Lobby: Koger Jazz” series.

Pete Neighbour is a highly respected clarinet & sax player; originally from London, Great Britain and now based in the USA. He travels extensively performing in his own inimitable style; swing era jazz… for the 21st Century. He performs regularly, worldwide, in a variety of settings; guest appearances in jazz clubs and concert halls, with his own bands – in both the US and in Europe – and regularly on luxury cruise ships as a featured guest entertainer.

From relatively humble beginnings growing up in East London music has enabled Pete to travel and perform extensively. Concert and guest appearances on land have taken him all over Europe, North America, Australia and Asia. In more recent years he has carved a niche for himself being one of very few jazz musicians to reach a wider audience by performing as a Headline Guest Entertainer on luxury cruise ships; thus enabling him to travel to some far flung corners of the world… Japan, Iceland, The Falkland Islands (some six times!) and even Antarctica to name a few. His act, when on cruise ships, focuses particularly on the ‘swing era’. The music and stories from that era never fail to ensure an enthralling evening’s entertainment.

His love of jazz was nurtured from an early age and the complexities of improvisation became a challenge to be conquered… a challenge which excites him as much today as it did in those formative years.

He is also still very much involved with corporate work, private functions, jazz festivals, master classes and recordings. Awards and accolades range from winning ‘most promising saxophonist’ at age 18 at a competition in London organised by ‘Jazz Journal’ magazine to being recently awarded the ‘Entertainer of the Year’ award by the six star luxury cruise line ‘Silversea’, with whom Pete has had a long and successful relationship. He is constantly in demand in a variety of settings and has performed at private parties for His Royal Highness the Prince of Wales at Highgrove House as well as at house parties for Sir Michael Caine and Mick Jagger. He is repeatedly in attendance at many high profile corporate and showbusiness events. His performances have included venues as diverse as The Royal Festival Hall in London, The Lincoln Centre in New York, functions for the New York Historical Society, corporate events on board the ‘Orient Express’, parties at the Cannes Film Festival, in French Chateaux, The House of Lords in London, and Scottish Baronial castles.

Over the years he has performed with many great names from both the British and American jazz scenes ranging, stylistically from Al Casey (who performed regularly with ‘Fats’ Waller) to modern jazz names such as John Critchenson and the late Martin Drew. He is proud to have played regularly alongside such musical luminaries as Warren Vache, Doc Cheatham, Wild Bill Davidson, Max Kaminsky, Scott Hamilton, George Chisolm, Humphrey Lyttleton and Acker Bilk. He has appeared as a guest artiste or leading his own band in jazz clubs in many cities from his native London to Paris, New York, New Orleans, Zurich, Rome, Singapore and Sydney…and many places in between.

Pete is proud to an official endorser of the Conn-Selmer product. He plays Selmer instruments exclusively. His primary clarinet for performances and studio work is a relatively new Selmer Saint Louis. He is also the proud owner of two late model Selmer Mk VI saxophones; alto and tenor.

When spending time at his adopted home in South Carolina he enjoys being involved in the local thriving music scene. He is particularly grateful to Doctor Gordon (Dick) Goodwin, Emitrius Professor of composition at the University of South Carolina, who has written several arrangements for Pete. Furthermore, Pete has recorded and performed on numerous occasions with South Carolina saxophonist and bandleader Skipp Pearson. Skipp has been recognized by the State of South Carolina as its official “Ambassador of Jazz”.

There are currently three albums available under the leadership of Pete Neighbour. The latest, “Back in the Neighbourhood” was recorded, as the title suggests, back in London in September of 2014. It was released in early 2015 to very favourable reviews. It features some old friends of Pete and who are some of the finest players currently performing on the British and European jazz scene. Two other albums, “Friends & Neighbour” and “It’s Alright With Me” are also availble – see the ‘CD’ page for sound clips and details on how to purchase. Downloads are also availble via iTunes, amazon.com and cdbaby.com.

With his hectic travel and touring schedule, Pete’s time at home in South Carolina is precious; it is invariably spent in the company of his wife, Vickie, catching up with friends and eating fine food (usually cooked by Vickie…) and drinking fine wines (usually chosen by Pete!)