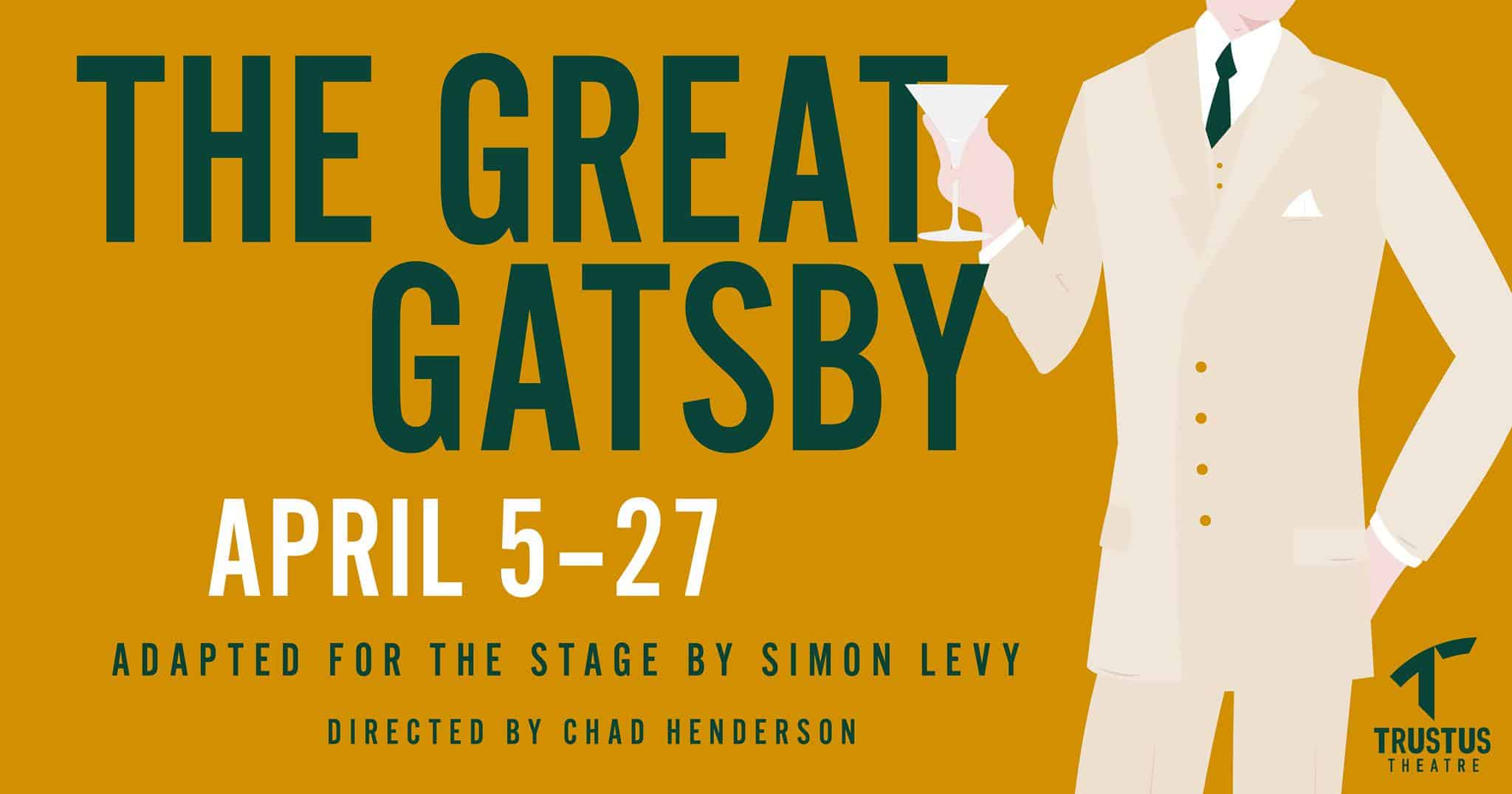 The Great Gatsby at Trustus Theatre

An event every week that begins at 3:00 pm on Friday and Saturday, repeating until April 27, 2019

Trustus is going back to the Jazz Age as F. Scott Fitzgerald’s classic novel “The Great Gatsby” comes to life on the Main Stage. Nick Carraway, a newcomer to Long Island, moves into a cottage next to the brilliant mansion of self-made millionaire Jay Gatsby. After witnessing many late-night parties at his mysterious neighbor’s house, Nick is finally invited to attend one of these legendary all-night celebrations where decadence is in great supply. When Gatsby begins a passionate pursuit of Daisy Buchanan, Nick is drawn into their world of obsession, greed and danger.

This production will feature a score by Mark Rapp, live music from ColaJazz, dancers from the Columbia City Ballet, and an imaginative telling of this 20th Century classic. Join us to be “among the whisperings and the champagne and the stars.”