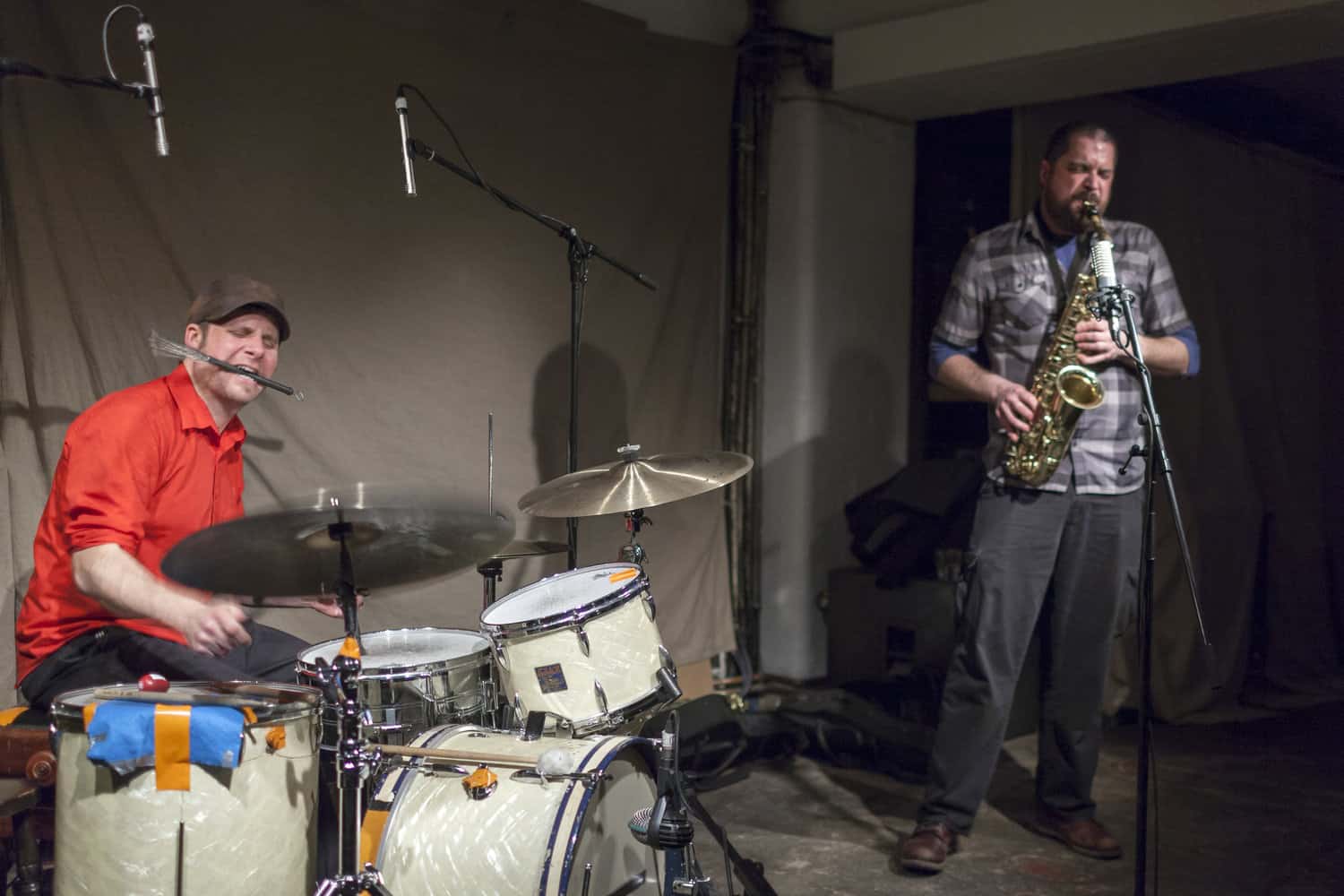 Dave Rempis and Tim Daisy are two musicians whose work has helped to define an entire generation of Chicago improvisers. Having performed together since they both hit the Chicago scene in the fall of 1997, these two have played literally hundreds of concerts together with groups including Triage, The Engines, The Rempis Percussion Quartet, The Vandermark Five, and countless other ad hoc groupings.  Their duo grouping has a similarly long history and capitalizes on these many joint performances to produce an almost telepathic interaction. Focusing on both compositions and free-improvisation, the duo has a wide sonic range upon which to draw. Never willing to settle into comfortable territory, though, the two continue to push each other into new sonic realms. In September of 2005, after years of focusing on other groups and recording projects, they finally released a duo cd entitled Back To The Circle on the Okkadisk label.  In 2013, the duo did a short midwestern U.S. tour in preparation for a second recording titled “Second Spring” that was released in January 2014 on Rempis’ Aerophonic Records imprint,  and did a thirteen-concert European tour in support of that release in early March of 2014.  In 2018, the duo is celebrating their 20th anniversary in this pairing, with a new release on Aerophonic featuring six special guests including Jason Adasiewicz, Jim Baker, Fred Lonberg-Holm, Steve Swell, Katie Young, and Aaron Zarzutzki.