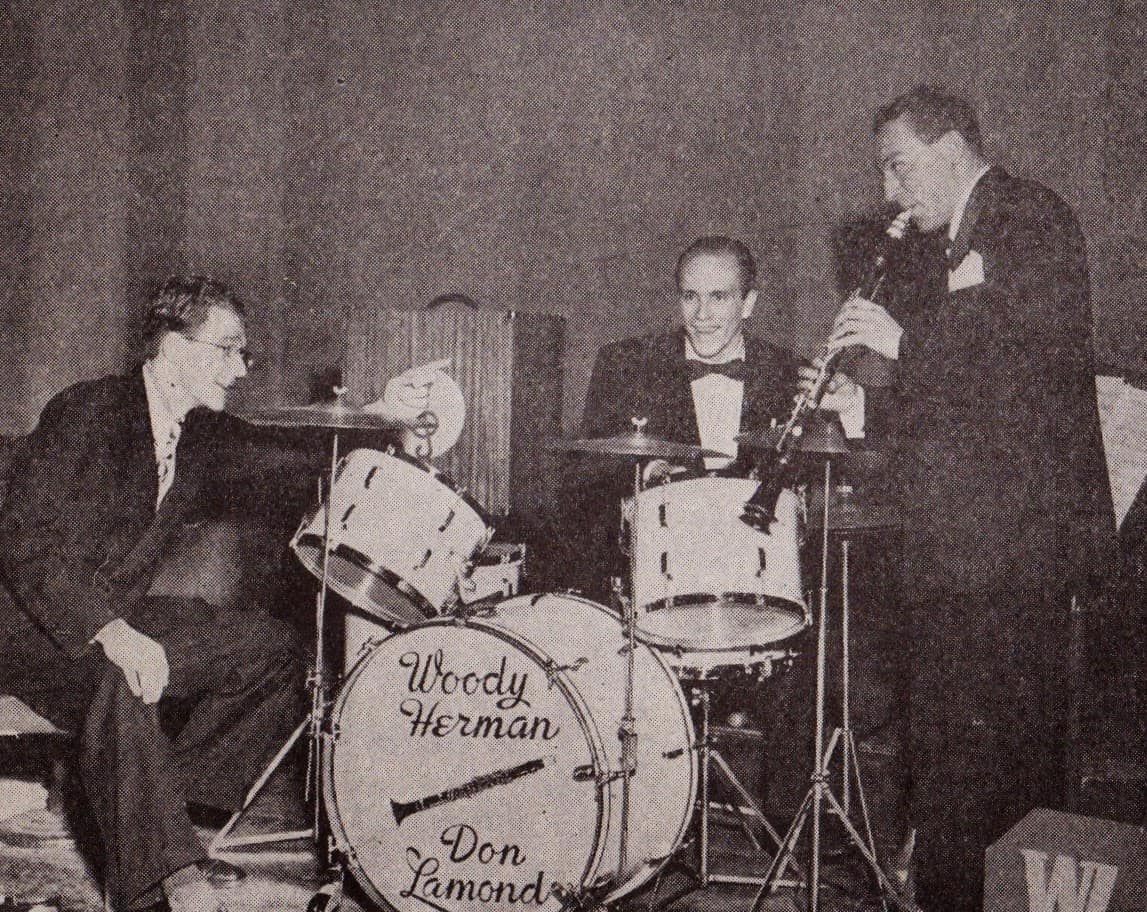 This week in Jazz, we have the birth of American Jazz drummer, Donald Douglas Lamond, Jr. العاب تجني منها المال He was born August 18, 1920, in Oklahoma City, Oklahoma, although raised in Washington, DC. He is known for his trademark drumming style, which he displayed with explosive power and high energy. اون لاين كازينو This display is clearly seen in a 1950’s drum battle with Don, Louie Bellson, and Lionel Hampton. His versatile drum playing easily adapted to traditional jazz, swing, and bebop. Don played Carnegie Hall with Woody Herman’s First Herd and performed on hundreds of jazz and popular recordings.

You can have all the technique in the world and be 10 Buddy Richs, but if you don’t have time, you have nothing. تعليم البوكر -Don Lamond