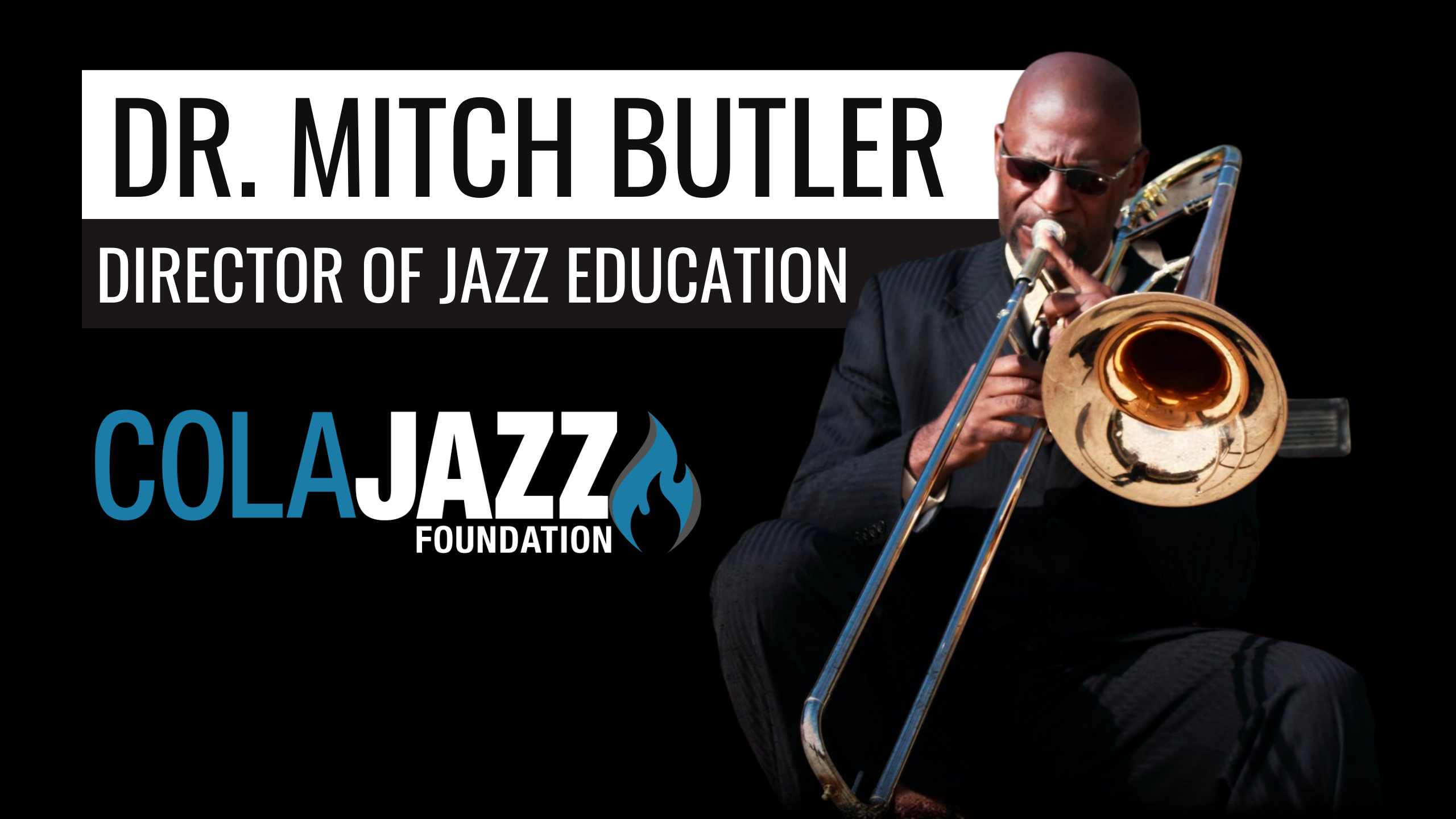 “Given Mitch’s expertise, vast experience and his stature in our South Carolina Jazz community, we could not be more thrilled to have garnered his interest in supporting, developing and growing our educational efforts. His passion for reaching our young people aligns with our core values. We could not be more excited to bring onboard such an immense force of jazz nature!”

Dr. Mitch Butler says, “I have been fortunate to work with Mark Rapp for over a decade in the music community in Columbia, SC. In all those years, I have had a great working relationship with him and many of the people involved with ColaJazz. It is with great pleasure that I join the team at ColaJazz Foundation as the Director of Jazz Education. I am appreciative to Mark and everyone involved in making this a reality. I am looking forward to continuing the lifelong endeavor of bringing music and jazz to the community as an educator and performer. Expanding this to include our youth with an organization with a stellar reputation is exciting and I can not wait to be a part of this task.”

As a forward-facing member of the broader music community, the Director of Jazz Education will work to form educational partnerships, recruit for education programs, and will help to tell the story of jazz education at ColaJazz in order to facilitate the growth and sustainability of the organization.

From @lutherbattiste⁠ ⁠ I am hosting WORLD CLA

From @LutherBattiste⁠ ⁠ I am hosting WORLD CLA