Don Russo has been playing for 22 years and providing private instruction for 13 years. بلاك جاك كازينو

Don’s Playing Career:
Don began playing in bands in high school and continued through a slew of various rock groups. He tried his hand at Jazz and fronted a local trio called The Don Russo Trio which performed at Speakeasy every Thursday for 6 years, and still performs for private functions. Don also played in a Bluegrass trio called The Real McKoys in which he played Mandolin, Guitar, and Bass. He quickly earned a very strong reputation in Columbia as a guitarist, singer, and instructor. After playing the role of sideman for a while, Don forged an original effort, called Charming Hala. موقع رهانات He released an album of original material in December of 2010 and another EP in October of 2011. This band was voted one of the best local bands of 2010 by The Gamecock and was featured on the New Brookland Tavern Compilation CD. Don has shared the stage with many great acts including: Wide Spread Panic, Marcy Playground, Tonic, Eve 6, Will Hoge, Ashford and Simpson, Driving and Crying and more. These many years of playing experience and public performance help him bring a special insight to his instruction.

Don’s Teaching Career:
Don began studying with Marty Nashleanas in high school and was reunited with him in 1998. Soon after, he began teaching private lessons at Musician Supply in Irmo . He started with two students, but that number quickly grew. Even while teaching his own students, he was studying with Robert Newton and Jim Mings, both well-respected guitar players and teachers. Don’s numbers grew and grew and then he moved his clientele to northeast Columbia and started his own lesson studio. This is when the vision of Freeway Music began to form. Over the years he has grown as a teacher and provided many opportunities for his students. His students have gone on to accomplish many things, including becoming college professors, private teachers, nationally signed acts, radio show hosts, producers, engineers, and more. His students have won awards, had songs in major movies and television shows, released records, played South By Southwest, toured nationally, and much more. Recently, Don began teaching via Skype and now currently teaches students in Raleigh, Nashville, Greenville, Charleston, Atlanta, Pittsburgh, and even in Japan! مواقع الرهان على المباريات

Through his years of hard work and diligent effort, Don has become one of the most sought after guitar instructors in South Carolina. 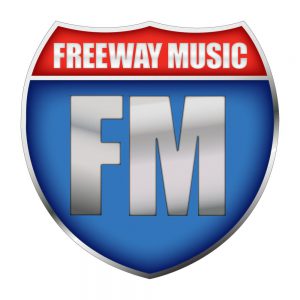