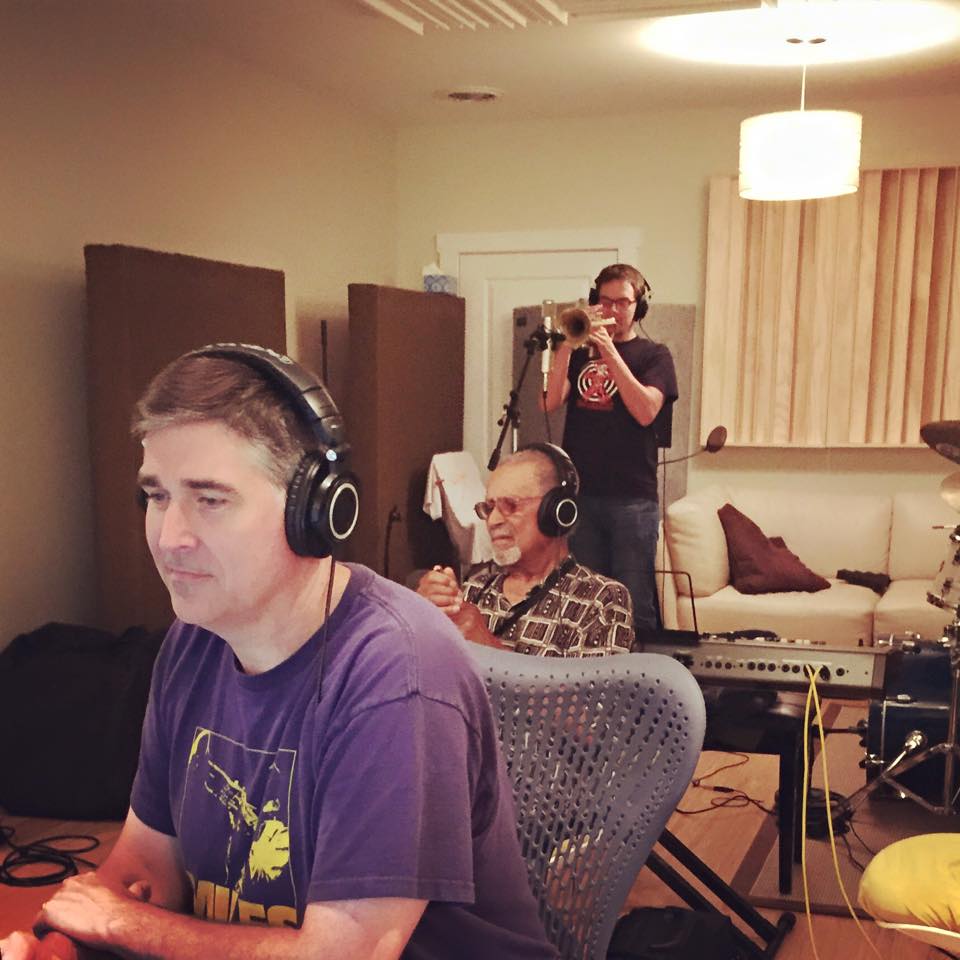 Seven years ago, local saxophone legend Skipp Pearson did an interview for NPRs Tell Me More. Near the end” after Pearson talked about touring as a black man during the time of Jim Crow, about working with Sam Cooke, Otis Redding and Wynton Marsalis ” the host asked her guest what he would like his legacy to be. With an audible grin, Skipp grumbled: A long way off.

Earlier this month, a clutch of talented jazz players gathered with Pearson at the local recording studio Jangly Records. Their purpose: to make sure that he got at least one more chance to shine.

Skipp Pearson, 77, was diagnosed with bone cancer in 2013. He didn’t stop performing, frequenting the stage at Le Café Jazz, operated by his Skipp Pearson Foundation, and other spots around the Southeast. But the time has come for drastic measures. He started chemotherapy a couple of weeks ago, traveling back and forth to Philadelphia to receive treatments. Getting word of Skipp’s condition, local trumpeter Mark Rapp leapt into action.

I was like, We’ve got to get him and start recording before he starts his treatment because who knows what could happen, Rapp recalls. That was on a Friday or Saturday night at Le CafÃ© Jazz; that Thursday we were in the studio recording.

The resulting CD, entitled Conversations in Jazz, drops on Thursday, exactly three weeks after that six-hour session. Shirley Martin, executive director of the Skipp Pearson Foundation, is glad Pearson got to record ” œHe was the happiest that he’s ever been, she says ” but the community’s reaction to his predicament leaves her cold. When Free Times reaches her, she is desperately searching for an apartment suitable for Pearson’s recovery. As of Tuesday afternoon, a fundraising campaign on the website GiveForward had raised $1,650 of its $10,000 goal, but Martin says Pearson is still about $2,000 short of paying for his treatments.

œAll of this comes down to one thing ” Columbia not realizing the treasures they have, she says, bringing up local blues great Drink Small as another example. œSome are doing better than others. Some are doing worse than others. But the problem is they gave their lives to this community.

Its fitting, then, that Conversations arrives as an extension of Rapp’s new Columbia All-Stars campaign. Seeking to bring together several local jazz bandleaders to record a compilation at Jangly, the initiative has raised $1,390 of its $2,500 goal on the website Indiegogo. Inspired by a restaurant in Asheville that pays for its artists to record, Rapp hopes to provide local players with music to promote their shows and an experience that might bring them closer together.

With Skipp Pearson already scheduled to take part, Jangly’s Paul Bodamer rushed ahead with a full day of recording ” delaying his payment and only charging the All-Stars for one of their planned three-hour sessions.

A week before the records release date, Bodamer sits in his studio, sharing some of his favorite cuts with Free Times. He marvels at Pearson and Rapp’s fluid give and take during the sassy Cissy Strut. He beams during the tender vocal performance of Wonderful World that closes the album, lauding Pearson’s clever oscillation between a spot-on Louis Armstrong imitation and his own smoky-smooth croon.

Skipp Pearson has been in the room with all of my jazz heroes, Bodamer says. œIt was the opportunity to record somebody who had actually been there, done that, knew how it worked, and to try and really make him feel that much more comfortable.