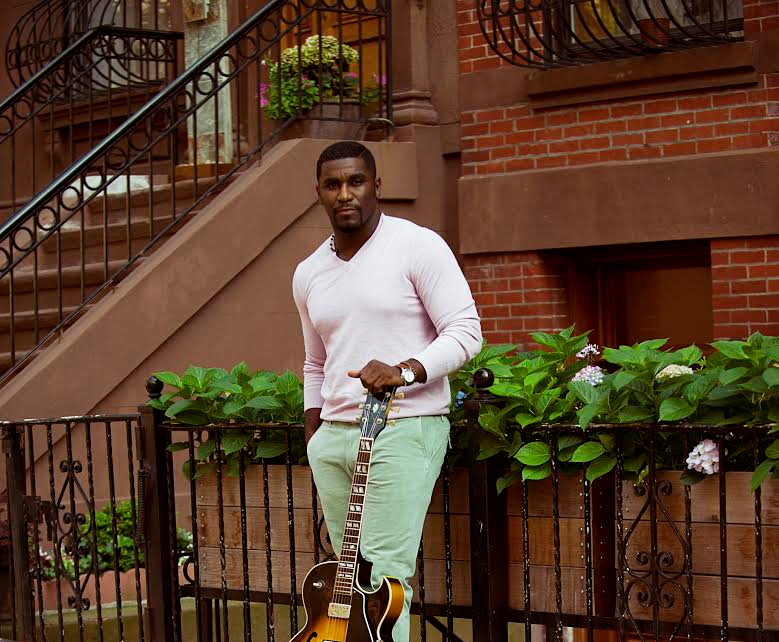 Often times when a new musician comes on the scene, common adjectives like fresh and hot, are thrown about frivolously and usually there is more hype than truth. But that’s definitely not the case when it comes to J’Michael Peeples. The mantra he lives by is “Live to create and keep the music honest”.

This Columbia, South Carolina native was exposed to the life style of a musician firsthand at the young age of eight. He vividly recalls sitting in his grandmother’s kitchen early Saturday mornings listening to her sing church hymns and spirituals throughout the house. Not only was she a loving grandmother, lead singer of the family band and fashionista, she provided a strong musical foundation for him. He grew an appreciation for the likes of musical legends such as Sam Cooke, Al Green, Norman Brown, Prince, and George Benson. After experimenting with several instruments, the guitar was the only instrument he felt could approach the music like a pianist and express melodies as a vocalist.

﻿Q: What made you want to make a career out being a musician and a writer? ﻿

A: “It makes me happy!”
Although he is currently unsigned, J’Michael has already accomplished many goals and skill-sets that have served as his creative outlets. After attending the University of South Carolina, he became a Master Barber, Music Teacher, Writer, Personal Trainer, Songwriter and a raising contemporary jazz star! All of these attributes have contributed to the JMPMovement.

﻿A:﻿ “JMP Movement- Is a movement that embodies the pure essence of creativity and inspires others to reach their creative potential”. He stated “I am passionate about creative expression and providing inspiration to others… while giving a sense of empowerment to propel others to the ultimate level of self-gratification”

Q: What was it like growing up in your household?

A: “I recall a house filled with laughter, music, and a lot of creative outlets. My father exposed me to R&B classics like Isley Brothers, Soul Brothers # 1…James Brown and my mother was a play writer so, naturally I saw the creative process from having a vision, creating a script, and seeing it come to life on stage.”