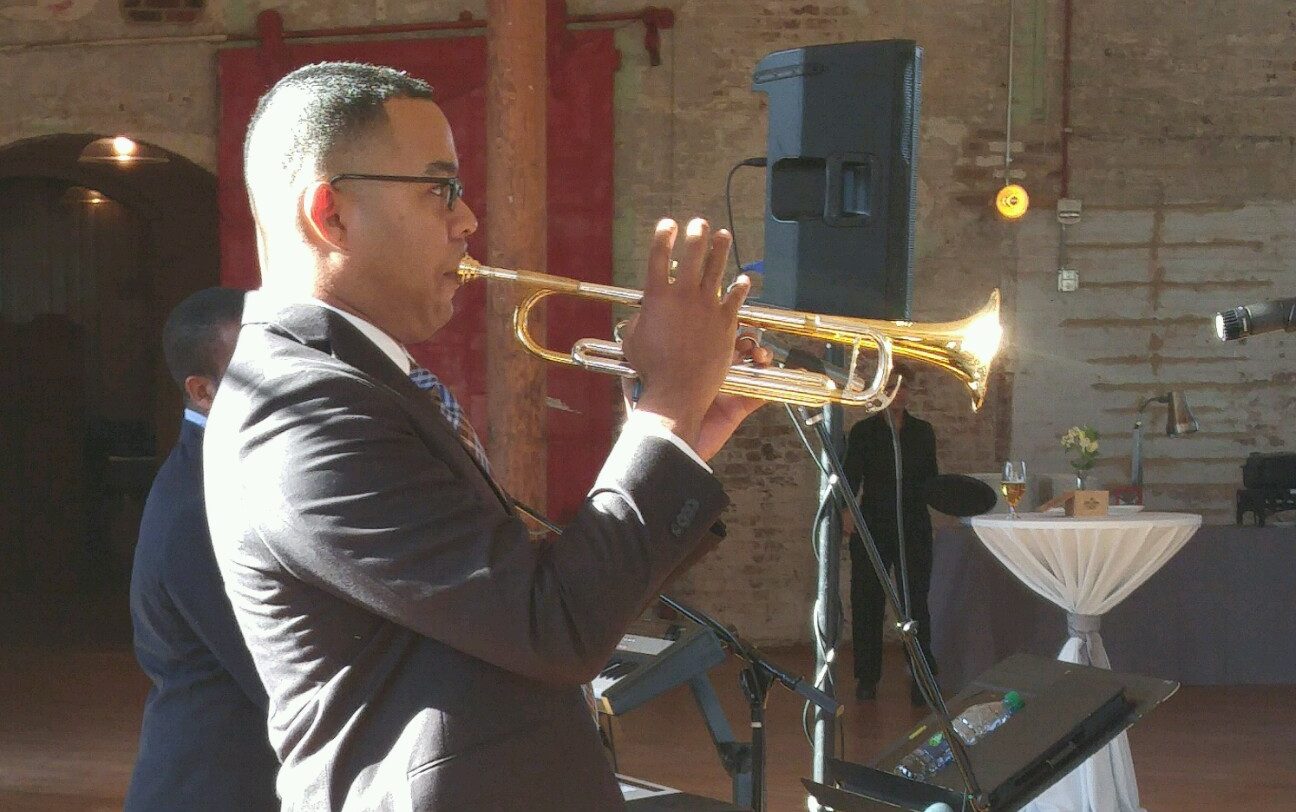 Ivan Blair Covington was born in Lynchburg, VA (1986) and at the age of 10 moved to Stone Mountain, GA. Ivan was introduced to many different genres of music to include Stevie Wonder, George Clinton, Take 6, Miles Davis, and The Atlanta Symphony Orchestra while living in the south. Like most 6th graders, Ivan started in band class playing the trumpet because of videos he had seen with Wynton Marsalis. Throughout his middle school and high school years Ivan played in honor bands, all-state groups, and festivals. A night at Nuci’s Space, where Dave Douglass was playing, sparked a resound for jazz music and trumpet performance. Ivan’s continued studies in Trumpet Performance and Jazz where learned at Newberry College, SC and The University of Arizona where he was an assistant director for the Arizona Jazz Academy, now Tucson Jazz Institute. For many years, after time spent in Arizona, Ivan would sit in and perform around Columbia, SC: Hunter Gatherer, Speakeasy, Blue Martini, Pearlz, and The Koger Center. Ivan is currently a United States Army Musician, enlisted as a Trumpet Player & Bass Player, currently stationed at Fort Jackson, SC.