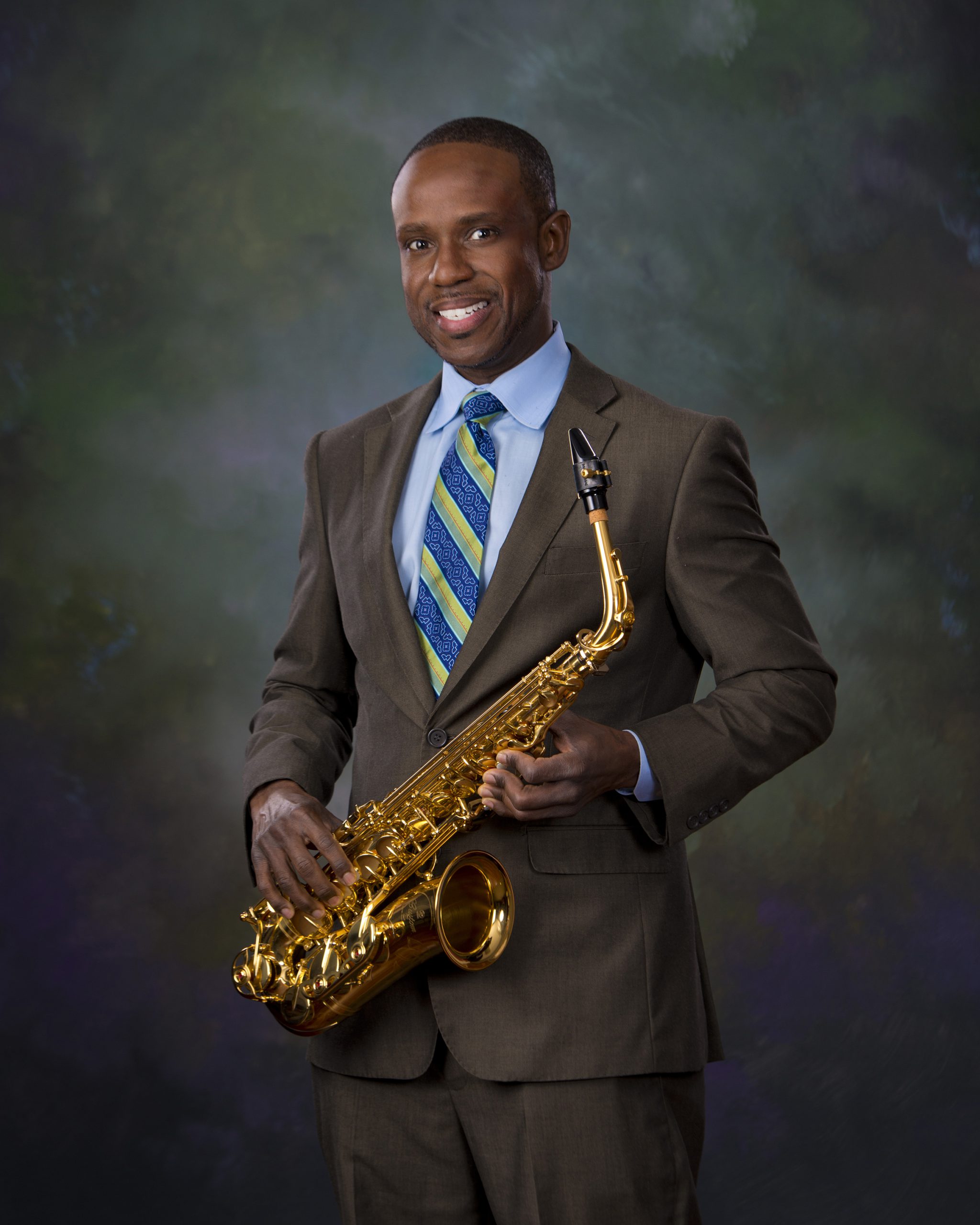 Roderick “Rod” Brown is a native of Florence, SC. He is the child of Willie C. Brown and Marcella Lunn Brown. His parents were gifted in music; his mother grew up singing in church with her sisters and playing piano, and his father grew up playing guitar in various R&B bands. Roderick began his musical journey at the age of 5, taking up guitar from his father who taught him to read music. At the age of 11, he began playing alto saxophone in public school under the leadership of his first and most influential band director and mentor, Mr. Leon O. Harvey. He taught Roderick the rudiments of the instrument. He recalls when Mr. Harvey, who was a fine saxophonist, demonstrated to his 6th grade band class how a hymn in their method book, “Abide With Me,” was to be played. Mr. Harvey played it on Roderick’s alto sax beautifully. It was then that he decided to stick with playing saxophone.

Inspired by Mr. Harvey, Roderick practiced earnestly. Because he advanced so far ahead of his classmates in 6th grade band, Mr. Harvey would keep him after class to teach him on a higher level. Upon entering middle school, he auditioned and made South Carolina All-State Honor Band on alto saxophone. Around the age of 13, Roderick first heard Charlie Parker on record. His affinity for Jazz Music began! Near the end of his freshman year at Wilson High School, he took an interest in playing oboe after hearing recordings of Charlie Parker with strings. He borrowed the school’s oboe, completely taught himself, and started playing it in band class. Less than a year later, during his sophomore year, he auditioned for and made All-State Band on oboe. Mr. Harvey gave Roderick an award for this and many other musical accomplishments – the Director’s Award.

Roderick always had a keen interest in music theory. In theory class at summer band camp at Appalachian State University, he finally learned what the term was for his ability to identify any pitch he heard – perfect or absolute pitch – at the age of 16. After graduating from high school in 1995, Roderick went on to study music composition at North Greenville University. He then studied saxophone performance with Roger Pemberton at USC-Columbia. He enrolled at Francis Marion University, staying musically active by playing with student instrumental ensembles.

Roderick has performed with R&B artists Gene Chandler, Ben E. King, Lloyd Price, and Jerry Butler (The Four Kings), and Martha Reeves and The Vandellas. Roderick has performed with the late South Carolina Jazz Abassador Skipp Pearson, trumpeter Ingrid Jensen and her band comprised of Jon Wikan, Steve Wilson, and Gary Versace. In 2013, Roderick auditioned and received a scholarship to attend Berklee College of Music in Boston, MA. He credits Branford Marsalis and Houston Person as his mentors.