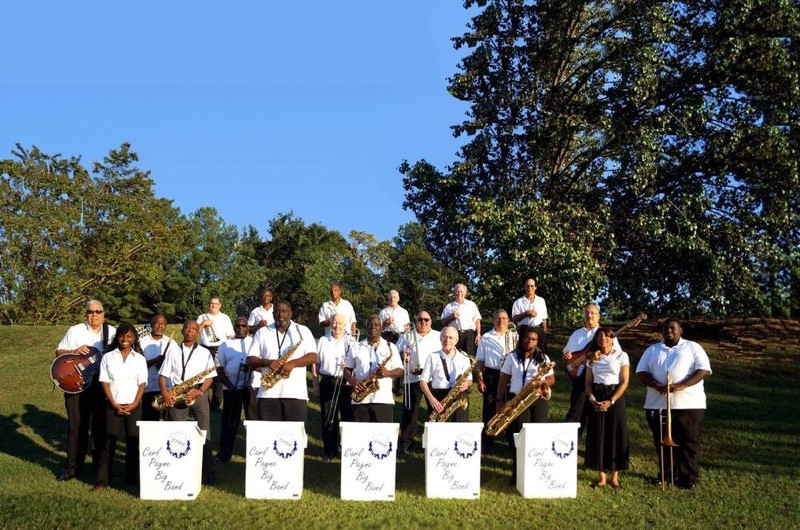 The Carl Payne Big Band, formerly the Blythewood Jazz Orchestra, was formed in 2008 under the leadership of jazz trumpeter Carlton Payne Jr., a marine corps musician, studied at Berklee College of Music, SC State University and the navy’s school of music. Carl has performed with the Al Downing Big Band, the classic swing big band, Ray Davis and the Escorts, Harold Melvin and the Blue Notes, The Four Tops, The Temptations, the leader of the 2nd Kreation, plus performed in two movies.

The Carl Payne Big Band is comprised of twenty-two accomplished musicians including two vocalists. We perform big band era music with a mix of contemporary and modern jazz.

The Carl Payne Big Band has had the honor of performing at Skipp Pearson’s receipt of the Order of the Palmetto, the Loman Hall’s Mardi Gras, Bill’s Pickin Parlor, Laurel Crest retirement home, wildewood downs, the jubilee festival, newberry opera house, sumter opera house, newberry rotary club and at our annual jazz on the lawn festival. We are available for weddings, anniversaries, festivals and private functions.

Simply shop at Smile.Amazon.com (link in bio) and

The award-winning ColaJazz Foundation sends our wo